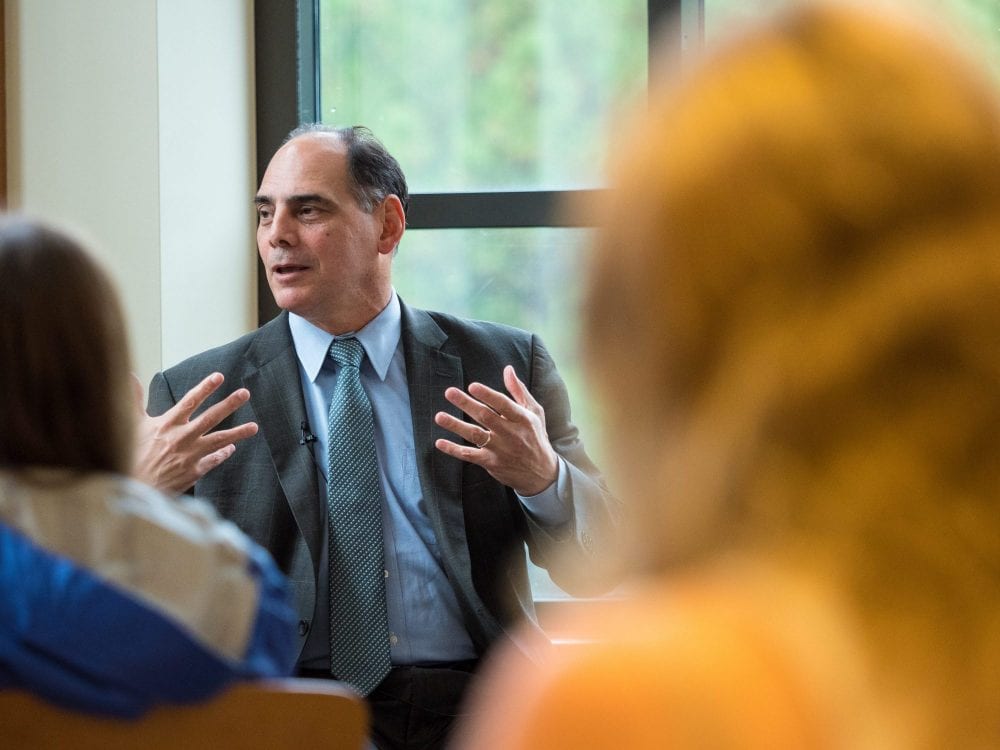 Is America Leading, Retreating or Getting Out of the Way?

A Conversation with Jim Carafano, Vice President of the Heritage Foundation

The Duke Program in American Grand Strategy welcomed Jim Carafano, Vice President of the Heritage Foundation and foreign policy expert to answer the question: Is America Leading, Retreating or Getting Out of the Way? In a conversation moderated Professor Peter Feaver, Jim described that although the Trump administration had ushered in many changes, the lack of direction in American foreign policy was nothing new. “Carafano noted that America’s foreign policy strategy would ideally be guided by ‘overarching political consensus’ that directs policy and decision-making but explained that such consensus has been lacking since the end of the Cold War.”

He argued that although Trump’s campaigning phrase, “America First,” led some to believe his policies would be isolationist, that was far from the truth. “Carafano summed up the Trump administration’s foreign policy strategy as ‘forward presence,’ which he defined as identifying the parts of the world that are important and being present in those areas with military, political and economic power.” Read the full recap article, “‘America First?’ Heritage Foundation expert discusses American foreign policy under Trump,” by Lizzie Bond of the Duke Chronicle.

Published in 2018 and Event Summary