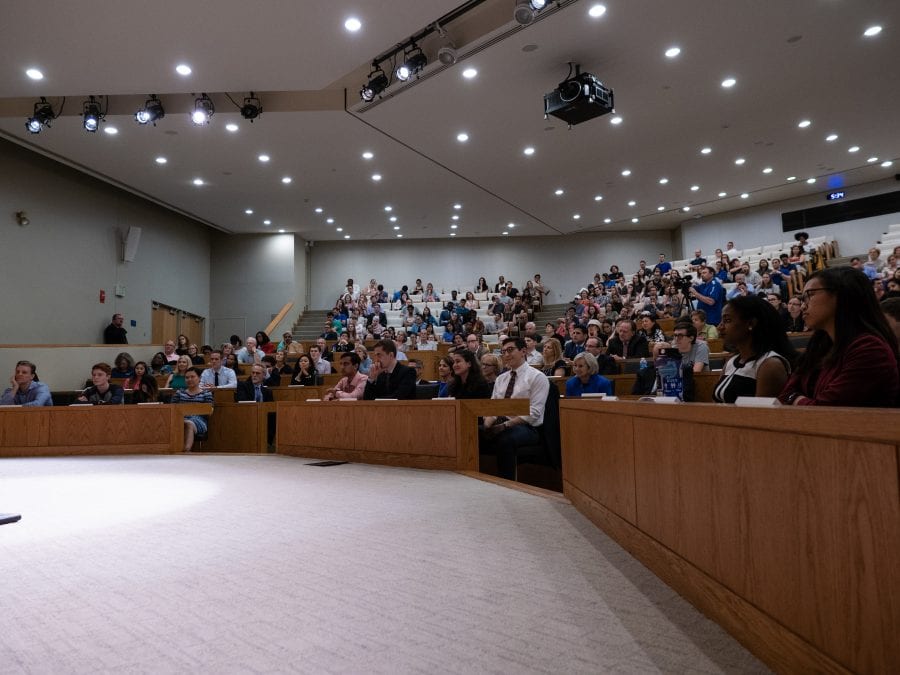 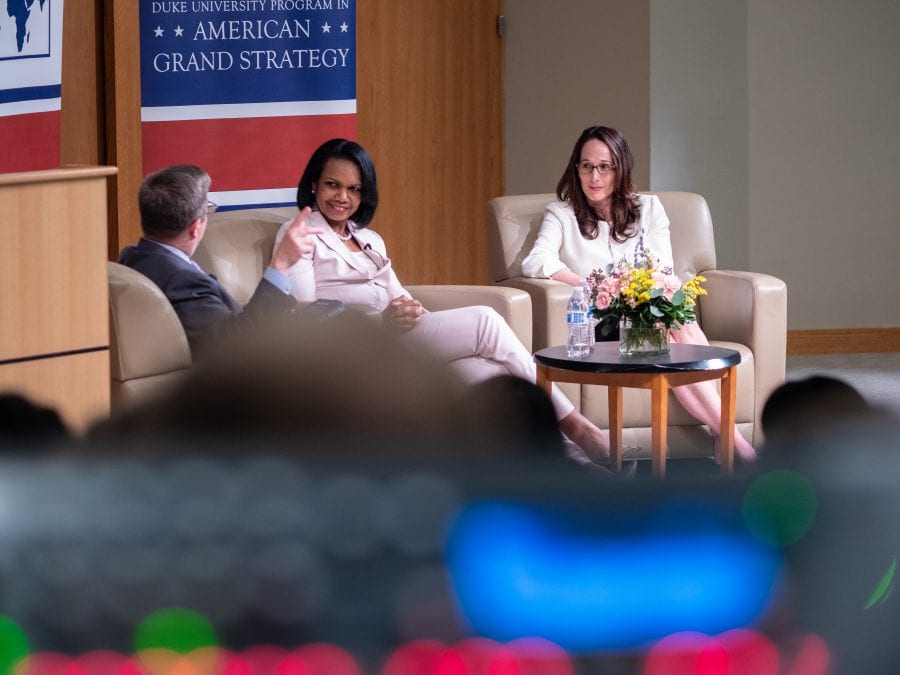 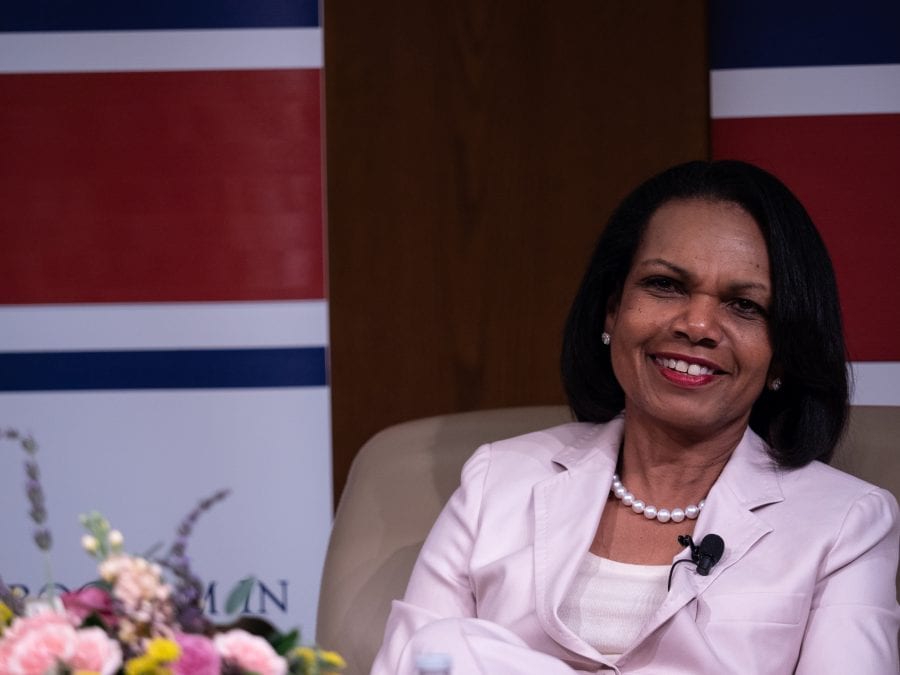 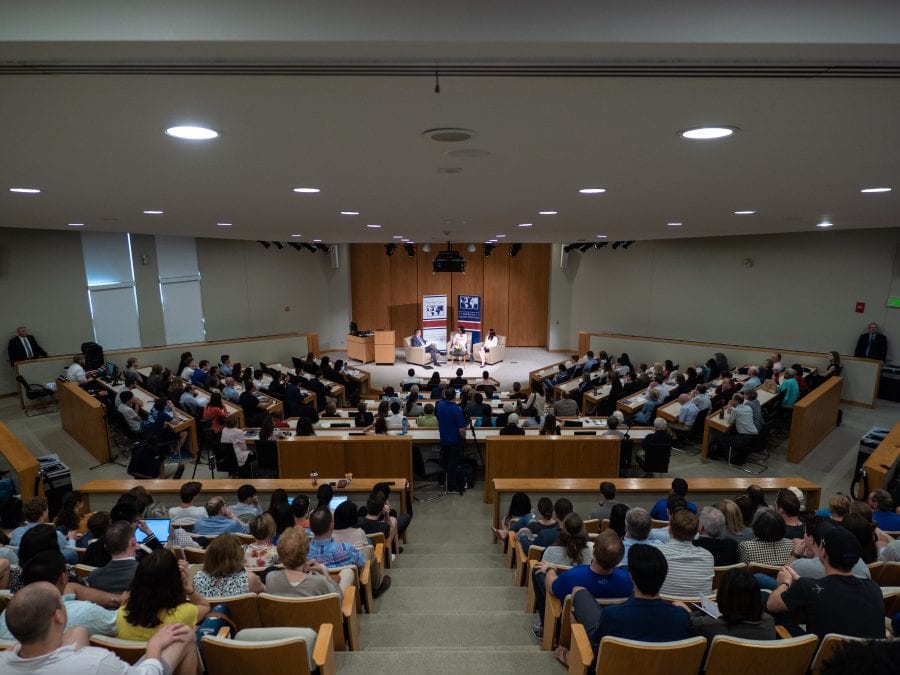 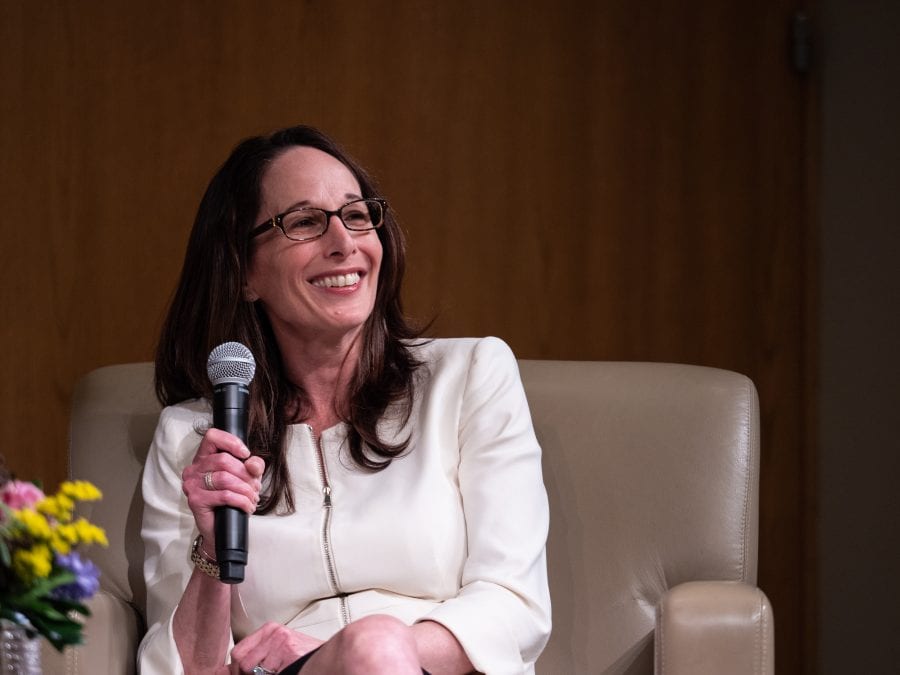 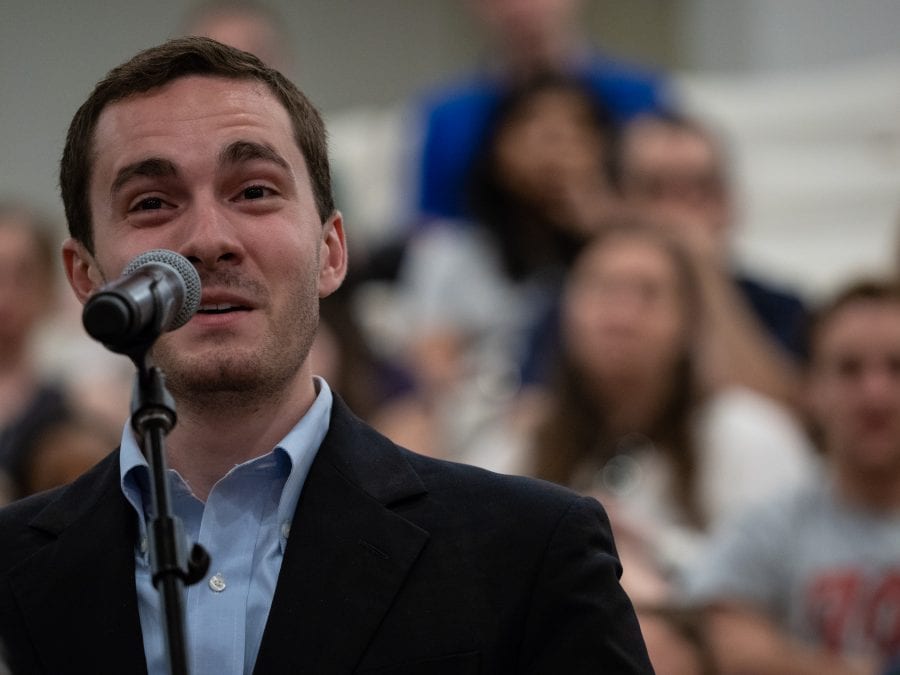 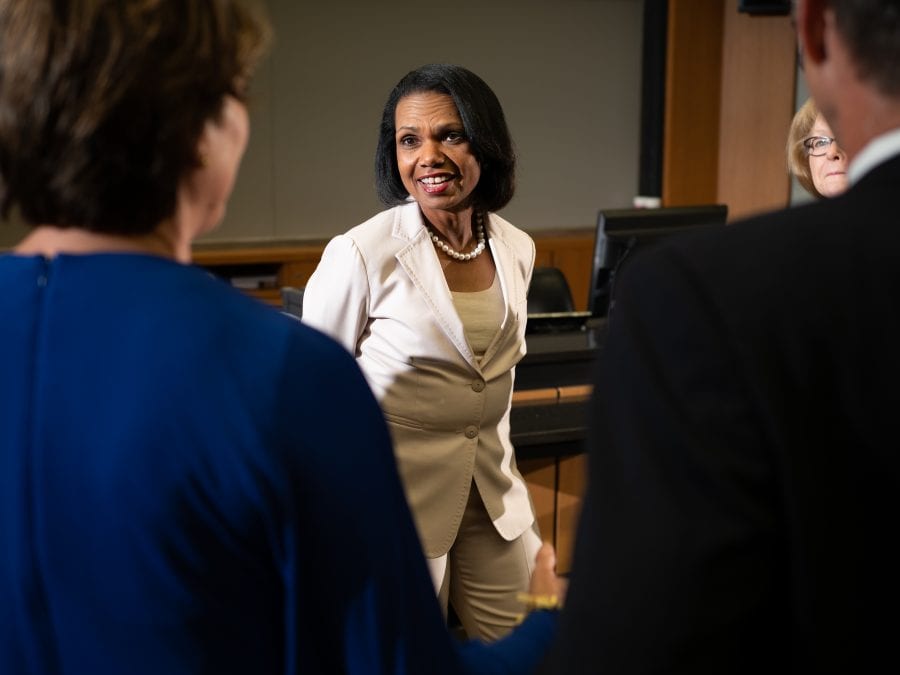 Political Risk: How Businesses and Organizations Can Anticipate Global Insecurity

"Former Secretary of State Condoleezza Rice visited Duke Thursday evening to discuss her new book and to offer her take on current international hot topics, including North Korea and the Iran Nuclear Deal.

Rice was the first African-American woman to serve as secretary of state from 2005-2009. She was joined on stage Thursday by Amy Zegart, co-director of the Center for International Security and Cooperation at Stanford University, as they discussed their book entitled “Political Risk: How Businesses and Organizations Can Anticipate Global Insecurity” at an event sponsored by the American Grand Strategy Program.

Rice noted that political risk has been historically overlooked in favor of examining other types of risk and how to mitigate them.

“We thought that a lot of people had written about business risk—how to think about what kind of return on an investment you’re going to get and so forth,” Rice said. “But the slices of political risk have been multiplying.”

Although political risk has been traditionally associated with socialist dictators seizing private industries, the term has taken on a new meaning. Now, political risk generally refers to the effects that a government’s decisions might have on a company, Rice explained.

She emphasized that political risk is not necessarily a phenomenon originating with governments, as an ordinary person documenting an event can have wide-reaching political implications. She referenced the April 2017 video of a passenger being dragged off an overbooked United Airlines flight as an example.

“We talk about the fact that social activism has been democratized in a sense by technology…Anybody with a cell phone can subtly present political risk to your company—just ask United Airlines.”

Rice and Zegart explained that the idea behind the book came from a class they taught at Stanford Graduate School of Business about political risk. Many students lauded the course, and some even wished the class would have lasted longer, Zegart said. Several students also suggested that the materials and topics discussed in class would make for a great book, an idea that Rice and Zegart followed through with when their book was released this month.

One difficulty in dealing with political risk, Zegart added, is related to the difficulty of using the knowledge of risk to make the most rational decision in a given situation.

“We humans are terrible with probabilities—it’s why we’re worried more about shark attacks than heart attacks. There are all these cognitive biases or mental shortcuts that we use in our daily lives that make us blind to the real probability distribution.”

Zegart mentioned that optimism biases are particularly prominent in business settings since the people occupying high positions in a business have likely taken many successful risks already in order to rise to that role.

The conversation then turned to current events, including the recent confirmation of Secretary of State Mike Pompeo. Zegart lauded Pompeo for his accomplishments as the director of the Central Intelligence Agency under a president who often shows skepticism toward the intelligence community.

Rice noted that Pompeo’s good relationship with President Donald Trump “will serve him very well” in his new role and applauded his efforts to fill vacancies in the State Department."