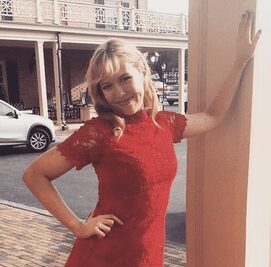 End of Summer Reflection
August 2018
The AGS Summer Fellowship was pivotal to my professional development as a rising senior. By facilitating my residency in Washington DC, I was uniquely able to take advantage of the incredible resources within the city, including three independent programs with distinguished firms across diverse fields. Not only did this help me determine my future career path, but the environment was critical to my career exploration, exposure to life changing mentors, and my opportunities to professionally network, all of which being key to my long-term success.The first of my summer experiences, a ten-week internship with The Feminist Majority’s Foundation on their Afghanistan Project, allowed me to directly synthesis my personal passions for women’s empowerment within the field of national security. More than this, the incredible tutelage of Eleanor Smeal offered me unrivalled exposure to the political nature of DC governance. This included interviews with Senators, endorsements of political candidates and opportunities to analyze legal bills such as the Equal Rights Amendment. Furthermore, the unique focus of my work on Afghanistan provided me an opportunity to explore a highly specific niche, as well as encouraging my language skills, in a manner unparalleled by any other firm. From lobbying to thesis research, I am confident no other institution would have offered such flexibility or so comprehensive an experience.

My location in DC further allowed me to explore interests more directly focused on American Grand Strategy. During my time at the American Enterprise Institute, I was able to meet with outstanding resident fellows, and similarly network with top DC Think tanks, such as The Brookings Institute and The Hoover Institution. Our focus, on foreign defense policy, benefited from the tutelage of civil military relations expert, Thomas Donnelly, who worked with

a team of graduates to provide an outstanding immersion program. Had it not been for AGS’s funding, I would never have realized just how passionate I am for international security, the exploration of which I look forward to working with AEI soon.

Finally, the AGS network led me to complete an eventful summer at the Washington DC Law Institute, where I undertook foundational L1 classes over a two-week schedule. The program totally blew me away with its professional development and quality resources. Located in the heart of the Capital, classes focused on pivotal moments in US History, with our discussions analyzing both historic and contemporary topics, all of which explored the evolution of Law right up to the Kavannaugh nomination. Having the privilege to study under Professor Siegel, advisor to the US Senate and Supreme Court, was a wonderful mentorship experience that further led me to my most valuable connections with Duke Alumni, specifically those involved in Armed Conflict Law. Concluding my summer on such a promising note was the perfect way to confirm my sustained commitment to international security, which I now intend to study within a legal context, following my graduation in May.

#METOO-NATSEC: What National Security learned from a Hashtag
6/5/2018

At the core of the women’s movement, the hashtag ‘metoo’ has captivated an international audience. First breaking as a cyber trend in 2016, the hashtag was shared by 4.7 million people in 12 million facebook posts- all within 24 hours of its first used. It aimed to draw awareness to the deep pervasiveness of sexual assault and harassment in professional settings, rapidly exploding into a social media campaign with unparalleled success.

Not only did #metoo spark a much-needed conversation, but its consequences have been far reaching. From Harvey Weinstein to Kevin Spacey, those in positions of power and privilege have been called out, condemned as perpetrators of a violence that inherently puts 50% of American citizens at risk. Those at fault, more over, are not relegated to merely Hollywood.

In 2016, following an explosion of national harassment complaints, Ben-Yehuda- 12 year employee of the US State Department- launched the #metooNatSecmovement, a lesser-known successor designed specifically to call out the ‘put up or shut up’culture persisting throughout the National Security Industry. Yehuda’s work was spearheaded by an open letter, signed by 223 Federal employees, that outlined a workplace that continued to ‘silence, demean, belittle or neglect women’ despite the zero-tolerance policy taken by the Department of Defense. Accompanied by a marked peak of 483 sexual harassment reports in the 2016-17 term, the initiative was significant not only as outlining the need for policy reform, but for paying appropriate attention to the impact misogyny has on national security.

Speaking on behalf of the Pentagon, Major Dave Eastburn condemned the continuation of harassment on even the most foundational levels of leadership, stressing the ‘weakening of trust’ and ‘erosion of cohesion’ in combatant missions as potential fall outs of chauvinism. Without the ability to establish a bedrock of respect and dignity, a creeping system of inappropriate and eventually unacceptable behaviors has been allowed to pervade- one that, until now, has grown unchecked throughout our nations’ most critical industries.

The causes of growth are extensive. As Yehuda outlines, ‘people don’t just wake up one day and decide to assault people’- there is a reinforcement deficit of caution and consequence at play here.

On one hand, norms are established that align women to the bottom of the hierarchal rank; a societal norm that carries into the board room. Flippant conversations of sexual conquests are entertained, even legitimized, in majority male spaces, leaving women- who are critically underrepresented in authority positions- to be intimidated at every level. Not only do these environments lack concrete examples of female leadership for recruits to aspire too, but this deficit, when understand by men as a gender failing, systemically reinforces the loop of inferiority.

On the other hand, when reports of abuse emerge, harassment, we see policies that ‘are weak, under enforced and can even favor perpetrators’, often followed by minimal- if any- repercussions. The letter itself, for instance, details the frustrating fiscal resources dedicated to victims, who are frequently forced to maintain professional proximity with their assaulters over month long legal proceedings. Yet a further deterrent arises even if a claimants case is successful. As incumbent female officials explain, the heavily intra-personal promotion system within the defense industry makes reporting harassment akin to career sabotage, with women frequently being labelled as ‘trouble makers’ who are ‘unpatriotic’ and ‘distracting from the mission of defending America’. The system, at this time facing sharp critique, is evidently bullet ridden with powerful accusations that no longer accept the Band-Aid protocols prescribed.

It comes as no surprise, therefore, that the field remains heavily male dominated. Representing only 7.1% of all US military generals, 15% of active duty military officials and just 3 National security council members, American national security faces a human capital crisis. Not only has an increase in diversity been repeatedly matched with improved decision making and conflict resolution, but women specifically have a proven record for taking less hazardous risks and ensuring overall security for longer durations that exclusively male panels. More than this, a failure to properly value the extreme resources that female investment offers foreign affairs and defense research literally cuts the US government of 50% of its recruitment pool, massively crippling our global competitiveness. In an era when women are increasingly asserting their worth to exist beyond secretarial and administrative capacities, it is imperative that we as a society make the effort to listen- least we endorse the dramatic instability of our state.

If nothing else, it is the most minimal service due to the women, who daily sacrifice to protect the American people, to take every single measure necessary to protect their lives in return. #Metoo might have started as a Facebook trend but, with appropriate policy measures and drastic institutional change, perhaps it has laid the brick work fact needed to adequately defend this nations’ future.

Published in Summer 2018 and Summer Fellows