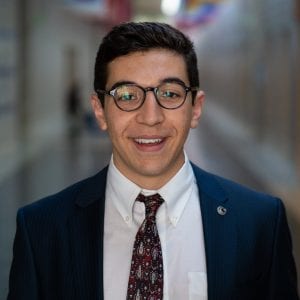 The EastWest Institute is a non-profit and a “think-and-do-tank” that uses dialogue at the track 2 and 1.5 levels to offset or remove the risk of conflict. Utilizing off-the-record environments and back channel diplomacy to create mutual understanding between global stakeholders, EWI has a proven track-record and gained renown for channels of communication it has established. Yearly, EWI hosts the US-China High Level Political Party Leaders dialogue, allowing a delegation of Republican and Democratic senators and congressman to discuss foreign policy challenges with their Chinese Communist Party counterparts. EWI also hosts a similar dialogue process known as Sanya, allowing retired US and Chinese generals to address common difficulties in the security space. I was given the opportunity to work on an ongoing project named “Iraq and its Neighbours.” The project seeks to create a set of dialogues between Iraqi policy makers and (where feasible) counterparts from neighbouring countries. The portion I was assigned was Iraqi-Turkish relations, observing potential for cooperation on a multitude of issues between the two countries. Preparing a set of documents that would form the substantive agenda from which Iraqis would work with their Turkish counterparts, it became apparent that the process of highlighting areas for potential cooperation cannot be cleanly separated from the difficulties that bedevil the bilateral relations of the two countries.

The area that provides the most promise is one that, historically, has driven Iraq and Turkey farthest apart. The geographical advantage provided to Turkey by the Taurus mountain range on its border with Iraq is such that Turkey has always had the ability to control the flow of the Euphrates river. Water is made tricky by its inherent nature: competition over a limited resource of essential value to domestic political popularity makes concessions difficult to fathom. In 1990, when Turkey unexpectedly decreased the amount of water flowing into Iraq through the Euphrates in order to fill up the Ataturk dam, Iraq mobilized troops and threatened to bomb the dam. Had Saddam Hussein not been otherwise occupied with Kuwait, armed conflict between Iraq and Turkey would not have been out of the realm of possibilities. Nevertheless, mechanisms intended to reduce the risk of armed conflict over water have since been devised and applied. The role EWI now seeks to play in this process is one of a facilitator for further dialogue. This is clearly a process that needs to be implemented incrementally, as neighbouring countries progress from information sharing toward the eventual goal of mutual control mechanisms. The stakes in water being so high, despite the fact that water disputes can spur conflict, cooperation and organized water sharing efforts have the potential to produce a level of interdependence too high to sacrifice.

The internship also gave me the opportunity to travel to Brussels for three days and work out of EWI’s Brussels office. It was brought to my attention that the procedural aspects of setting up track 1.5 and track 2 dialogues is often more cumbersome than merely laying out a substantive agenda or ensuring participation. Witnessing staff members attempt to navigate the EU’s roundabout bureaucratic labyrinth was certainly a different kind of formative experience.

All in all, working at EWI introduced a new perspective into my notion of American foreign policy. EWI is not formally connected to the US government, yet the ability of former US government officials to reach out to counterparts at tense times through unofficial channels is tantamount to solving disputes that the US government may not be able to attack by itself. Throughout my time with EWI, and even continuing today, I was given the opportunity to converse with and consult the senior leadership of the Institute on increasing the number of EWI initiatives in Turkey. As a Turkish-American, this was arguably the most meaningful aspect of my time with EWI, and being able to continue my commitment in such a way carries tremendous value.