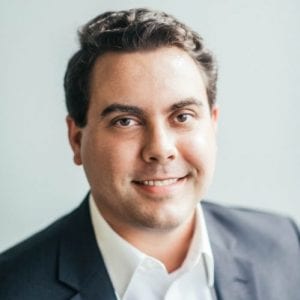 Q. Tell us a little about yourself…what you do now, what you’ve done since graduating.

A. After leaving Duke, I got a job at the Defense Threat Reduction Agency (DTRA), an
agency under the Department of Defense that looks at WMD issues around the world.
When I first got there, I worked on issues related to military planning in Europe. After a
year, I switched my focus to military planning in the Middle East. During that time, I
worked on a project developing a contingency plan about the destruction of chemical
weapons. At the time, I didn’t think the plan would ever see use, but the US actually
ended up getting access to Syria’s declared stockpile of chemical weapons, so the plan
I had worked on became the primary plan for destroying them.

Later on, I was detailed into the defense policy office in the Pentagon after the Ebola
epidemic broke out, because response efforts to global pandemics are similar to
response efforts to bioterrorism, which I had studied as a part of my job at DTRA.
After the Ebola epidemic was under control, I moved from the Department of Defense to
the State Department, working on Pakistani military issues. In the beginning of 2017, a
job covering similar issues opened up at the Defense Department, so I moved back to
the Pentagon and work there now.

Q. In what ways did AGS impact your goals, current profession, etc.? How did AGS prepare you to enter the “real world”?

A. AGS prepared me for my current position in three primary ways. First, it provided a foundation in policy that enabled me to speak intelligently about current events/international relations issues. Every day I try to learn more about whatever issues I find on my radar screen, but AGS gave me the tools necessary to learn what I need to know. Second, AGS taught me how to interact with senior officials in an informal capacity, as my job often requires me to make small talk on the sidelines of our various events and conferences. Thanks to experience gained at AGS events, I was in a position to ask intelligent questions and carry on a conversation without being too intimidated. Third and finally, AGS provided a network of friends and colleagues at various experience levels that has been invaluable in managing personal and professional life in DC. Whether getting together with fellow AGS alums at a happy hour or calling on senior alums that I met on staff rides for career advice, the AGS network has been the primary group from which I draw professional connections and relationships in DC.

Q. Looking back on your time at Duke and with AGS, what would you say was the most valuable lesson you learned?

A. A lesson I learned with AGS and that has solidified in my professional experiences is a sense of humility – to always be willing to roll up your sleeves and get a job done. For students, this is most relevant in the context of putting on an event, on a staff ride, or in a group project when logistics must be sharp and things often go awry. Being willing to step in and finish a job is a skill that will prove invaluable over and over again in the workplace.

Q. Did you meet anyone during your time at AGS who deeply inspired you? Tell us about them and what about their life impacted you.

A. Forgive me the cliché in this response, but even more than any one of the many prestigious speakers brought to campus, my fellow classmates inspired me on campus and continue to do so today. It never ceases to amaze me that because of AGS, I count among close friends people working in the intelligence community, at the State Department, in think tanks, abroad, and at so many other organizations doing incredible work.

Q. Do you wish there was anything you could go back and change about your time at Duke or with AGS? What would you do differently if you had another chance?

A. If given the opportunity to do my undergraduate career over again, I would have gotten involved in AGS much sooner. Because of a variety of factors, I didn’t discover AGS until my Junior year, and attended my first dinner early senior year. While those two years were transformative, I wish I had the opportunity to experience the speakers that AGS brought to campus all four years.

Q. Do you have advice or inspiration to offer current AGS students?

A. During a staff ride, a senior alum once told me that his support should be used like a sniper strike. He said that senior mentors have limited time available, and their limited time is best put to use when using their high-level connections to help you pursue target specific job openings. He compared their support to that of a sniper, whose skills are highly targeted used sparingly.
I would encourage students to think of building a network like a pyramid. At the bottom (and most numerous among your contacts) are people like me – recent graduates and younger alums that you can ask for broad career advice. Fewer in number, mid-level contacts are useful for getting your foot in the door of a particular industry. Critically, these are often the hiring managers for entry-level positions. At the apex are your most senior connections, your snipers. These contacts should be used sparingly and only for highly targeted requests.

For example, let’s say as a senior you are interested in working in the foreign service. You start by getting coffee with a few recent grads in DC you met on an AGS staff ride. One works in a think tank, one works on Capitol Hill, and one works at a consulting firm. You ask each of them how they got started with their job, and what advice they have for someone in your shoes. At the end of the conversation, you ask if they would be willing to put you in touch with anyone at the state department. Those initial contacts put you in touch with two people working at State – a contractor 6 years out of undergrad and a civil servant 12 years out of a graduate program. You talk to them, ask the same questions, and decide to go ahead and take the foreign service exam per their advice. After the exam, you are looking to get hired by a specific office, so you reach out to the former Assistant Secretary you met on a staff ride two years ago. She happens to know the director of the office you are targeting, puts in a good word for you, and sure enough they call you in for an interview. You have maximized your use of the AGS network, and now the rest is up to you.

Comments are closed, but trackbacks and pingbacks are open.