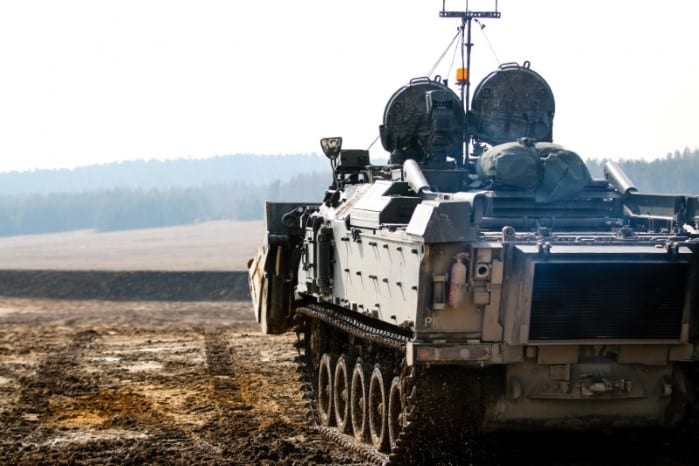 The Legal Status of Autonomous Weaponry: Recapping the 2019 LENS Conference

While we’re certainly a long way from the killer robots of the Terminator series, autonomous weaponry is a subject of growing importance and is one we should approach cautiously.

This past weekend, U.S. Army Lieutenant Colonel Chris Ford spoke at the Duke 2019 Law, Ethics, and National Security (LENS) Conference, summarizing the current reality of, and legal framework for, autonomous weapons. The U.S. Department of Defense’s current operating definition for an autonomous weapon systems is “A weapon system that, once activated, can select and engage targets without further intervention by a human operator. This includes human-supervised autonomous weapon systems that are designed to allow human operators to override operation of the weapon system, but can select and engage targets without further human input from activation.” This definition still leaves significant ambiguity that makes regulation of such systems difficult.

For the U.S. military, this conversation is dictated by the existing United States Targeting Cycle—which breaks down distinct steps to find, fix, track, target, engage, and assess threats. Most existing weapons systems handle one or two of these functions, particularly the tracking and targeting phases. But looking forward, that will change: much of the current debate on artificial intelligence in the military centers around the implications of letting these systems handle the engagement phase.

In this same vein, the replicability and predictability of AI raises major concerns. AI, particularly machine learning, is built by allowing a computer to “learn” based on provided data sets. Problems arise when a system is deployed in an environment different from its training set, causing it to respond unpredictably. This was seen in the case of Microsoft’s Tay, a chatbot that learned to respond to Tweets and developed into a discriminatory disaster.

Tay’s behavior is neither an established norm nor an inevitable outcome of every application of AI, but it serves as a cautionary tale. If autonomous systems are not predictable, how can military personnel responsibly deploy them to complete certain tasks, especially when commanders must assess the proportionality of a military action’s gain against its potential for collateral damage? Some analysts seem to think they won’t be able to, at least not reliably in the near future. For instance, the Campaign to Stop Killer Robots sees this problem as irresolvable with disastrous moral implications and is lobbying to ban autonomous weaponry altogether.

Other state actors are spearheading their own research into AI. Russia in particular is pursuing adaptive drones that utilize “swarm” technology to coordinate the tracking and targeting of enemy combatants.

As it stands, there is no customary international law with respect to autonomous weapons, but the Group of Governmental Experts is scheduled to meet in March to again discuss potential regulation, making sure that human accountability is preserved in these systems. But with regulation lagging behind the technological frontier, artificial intelligence is poised to be at the center of international competition.

Ford stresses that while the evolving developments have potential for both good and ill, many questions remain. With most of the technological prowess coming from Silicon Valley, who will drive regulation, and will it be fast enough to catch up with the rapidly progressing field?

Tyler Jang is a first-year majoring in electrical and computer engineering and a member of the Duke Cyber Team.