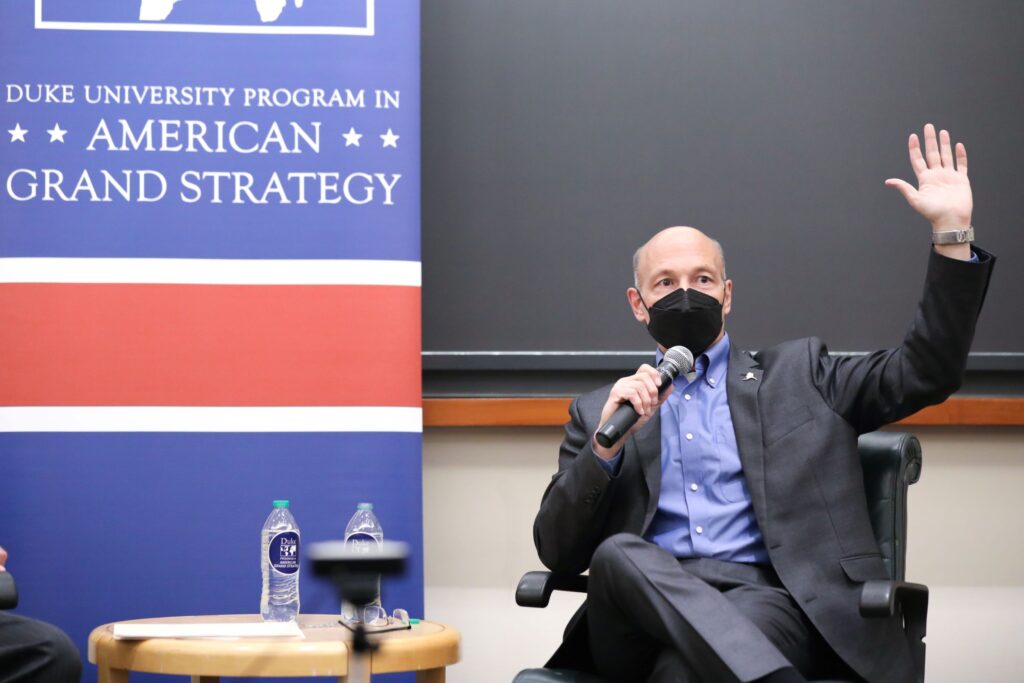 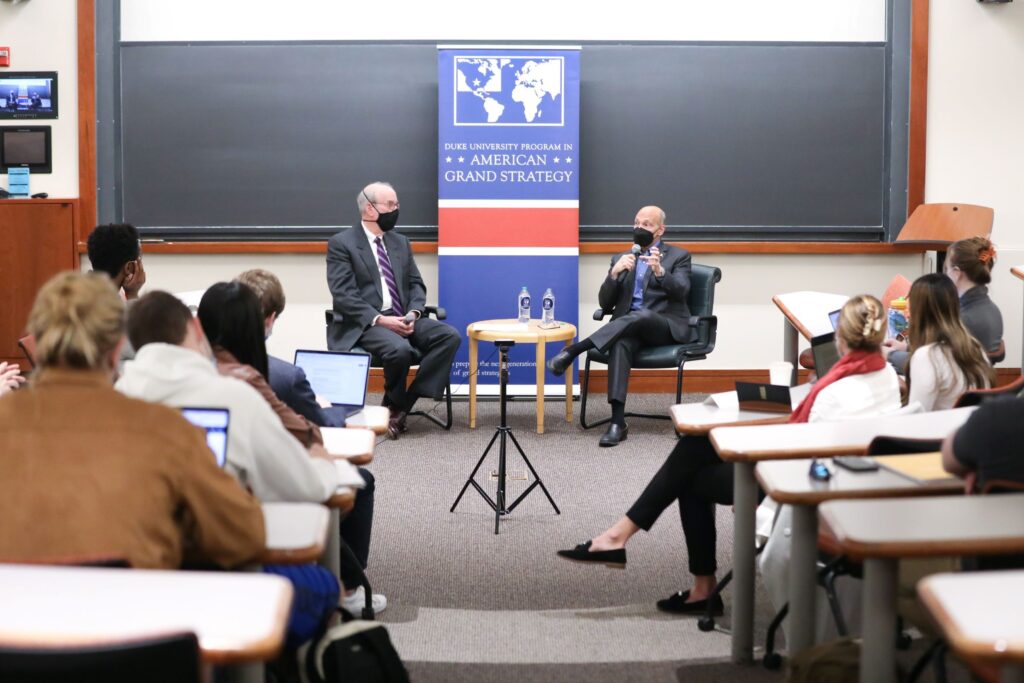 On Monday, February 28, Professor Stephen Kelly welcomed Dr. Michael Sfraga, Chairman of the US Arctic Research Commission, to talk about the future of US Arctic policy. Prior to his appointment to the Arctic Research Commission, Dr. Sfraga founded and directed the Polar Institute, led the Department of State’s Fulbright Arctic Initiative, and served in several academic roles.

Dr. Sfraga began his discussion by emphasizing the role of climate change in reshaping the physical, biological, cultural, and political landscape of the Arctic. The region has warmed at four times the global rate due to albedo effects and other positive feedback loops – and the consequences are severe. Northern civilizations’ ways of life are being threatened by flooding, ecological collapse, and even the thawing of the ground.

Prof. Kelly then asked Dr. Sfraga about the global implications of Arctic change, beginning with shipping. Dr. Sfraga highlighted that receding ice caps open new routes, especially for countries like Russia, who have many icebreakers. Russia has taken advantage of the Northern Sea Route to ship goods from Arctic regions to China, especially natural gas. Dr. Sfraga emphasized that energy and fish are the two greatest drivers of Arctic development today. Russia has the greatest influence over the region, with a military presence to complement its economic development.

The conversation then shifted to security in the Arctic. Though some countries have overlapping claims to vast areas, Dr. Sfraga expressed doubt that it would ever boil over into war. Instead, countries have thus far respected the scientific process of making territorial claims, and cooperation is strong. However, he does expect tensions to rise in the Arctic Council due to Russia’s invasion of Ukraine. The most likely cause of conflict in the Arctic, he believes, is an accident relating to military exercises in the region.

Dr. Sfraga believes that the US should be paying more attention to the Arctic. The United States has just two functional icebreakers in the Arctic, versus around 50 for Russia and two for China, which does not even have territory in the region. Congress recently passed legislation to construct more icebreakers, but none have since been completed. In addition to diverting more resources to the Arctic, he supports continued research and cooperation and believes the US should sign the International Law of the Sea.

To conclude, Dr. Sfraga directed our attention to the “Seven C’s” of issues in the Arctic: climate, commodities, commerce, connectivity, communities, cooperation, and competition. Many Arctic dilemmas fall into several categories, highlighting the multidimensionality of preserving American interests in the region.