AGS provides students with opportunities to test and expand their knowledge through grand strategy related simulations and conferences. 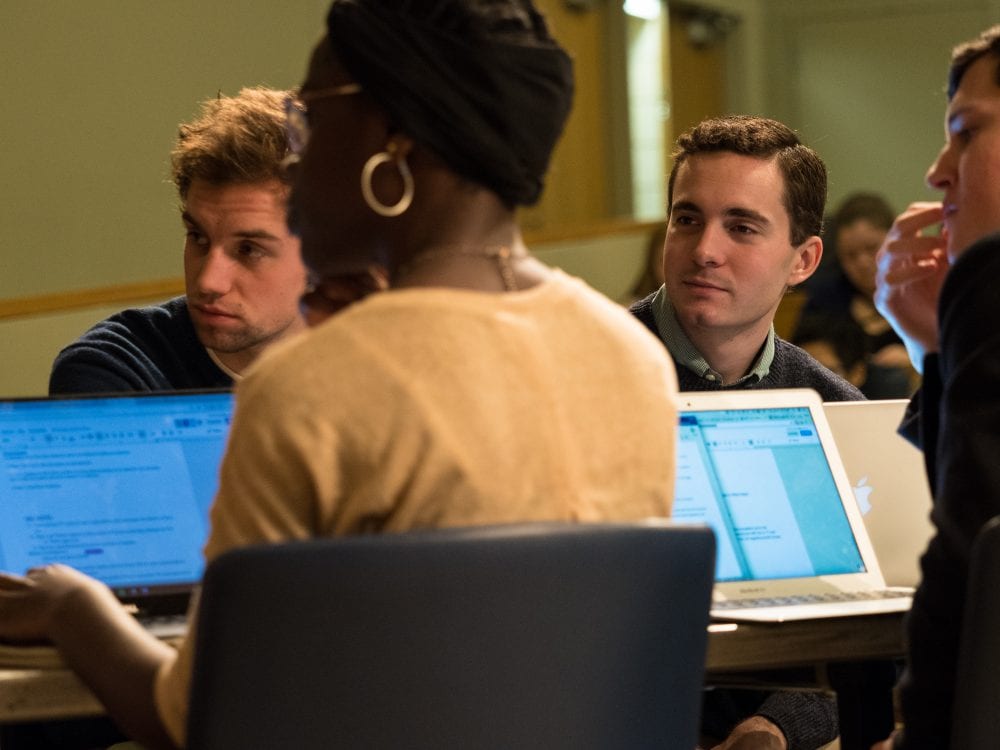 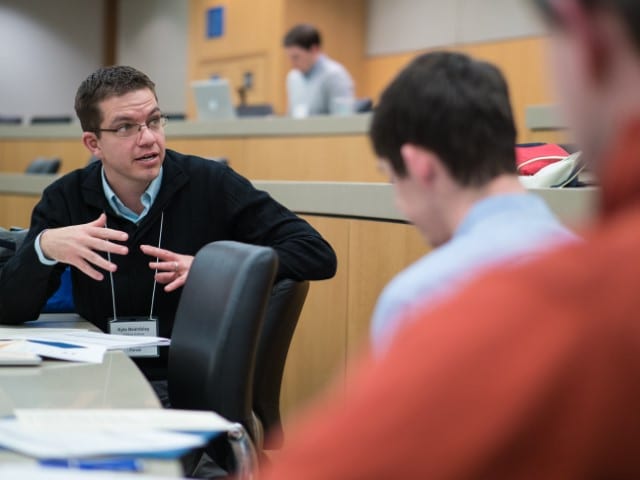 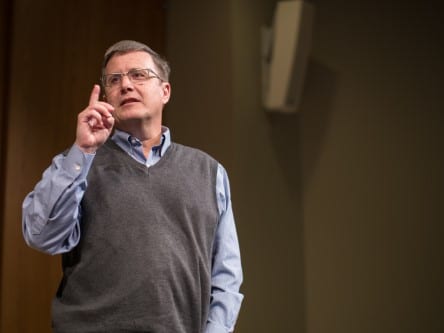 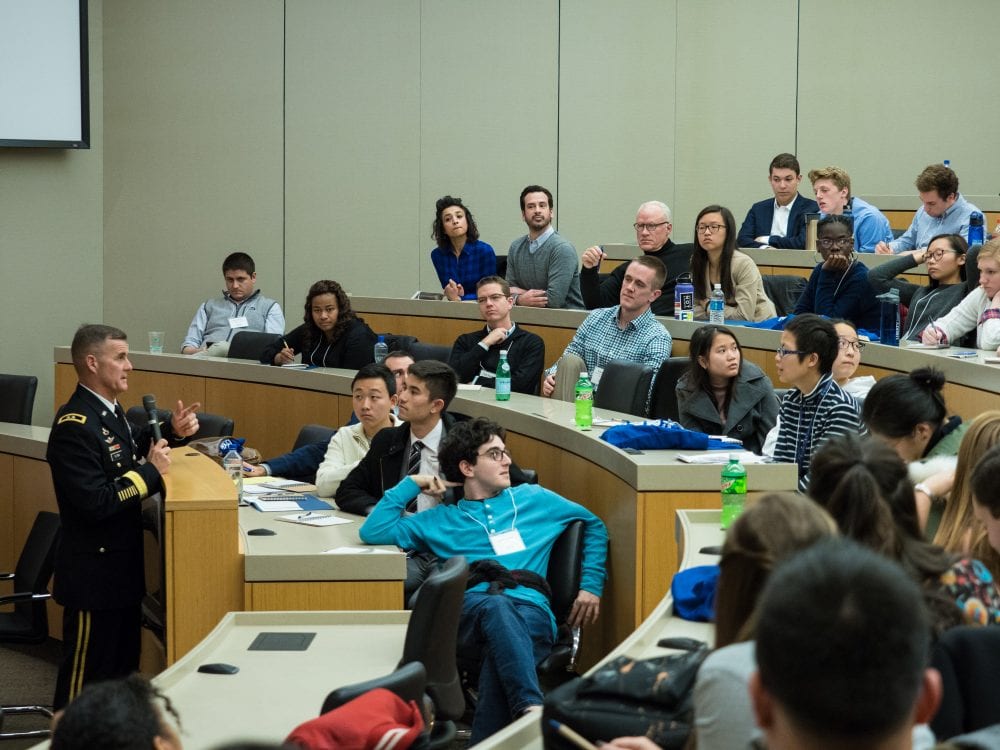 AGS students have the opportunity to take part in multi-day crisis simulations with faculty, experts and practitioners that mimic potential real world events. In these programs, participants are briefed on a national security scenario, assigned specific diplomatic, intelligence or defense related roles and challenged to work collaboratively on a solution. Over time, the crisis expands and evolves, forcing students to interpret ambiguous information and take strategic, decisive next steps. 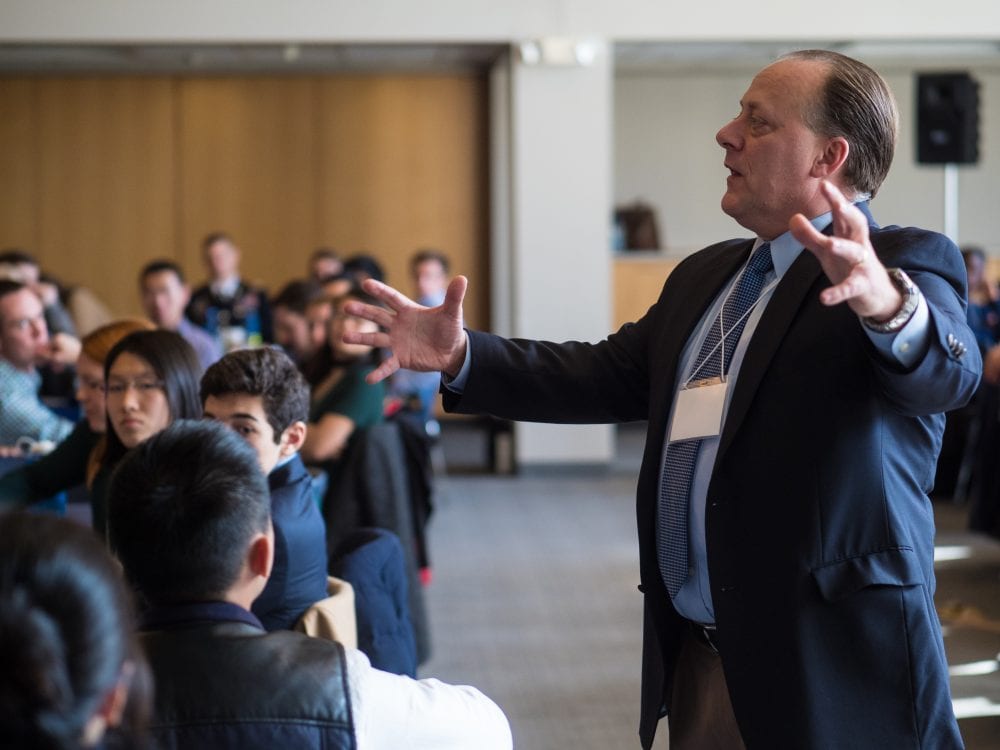 "Shots have been fired. Two superpowers hover near the brink of armed conflict. The president ... is Tweeting. What do you do? For 89 Duke University undergraduates, the spring semester started Monday with a national-security role play that had an obvious answer: Work the problem.

Above all else, 'we’re trying to emphasize crisp, clear communications, critical thinking, making sure that our communications are [flowing] not only top to bottom, but laterally,' said Tim Nichols, the Sanford School of Public Policy visiting professor and former U.S. Marine Corps intelligence officer who organized the exercise. 'And they’re struggling with that,' he said, 'and that’s exactly what I wanted.'

Nichols and his fellow professors gave participants a ripped-from-next-year’s-headlines scenario: an armed clash between U.S. and Chinese ships in the all-important sea lanes of the South China Sea, with lots of uncertainty about what started it.

Groups of six to 10 students assumed the roles of U.S. military, intelligence, diplomatic and White House bodies, and figured on spending all day Monday and Tuesday morning at the Fuqua School of Business navigating their way to a 'de-escalation' of the crisis."

Read the full article by Ray Gronberg at the Herald Sun! 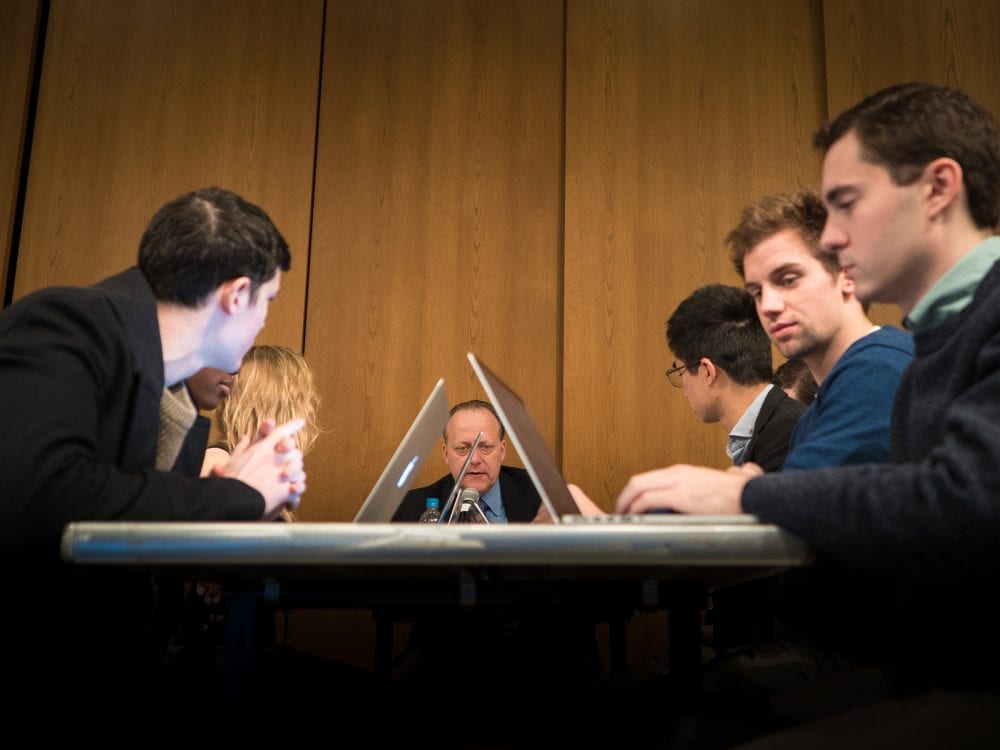 AGS is fortunate to partner with other international security oriented programs, like the Center on Law, Ethics and National Security (LENS). Each spring, LENS hosts a major national security law conference at Duke University, which AGS students are invited to attend. The focus of LENS 2018 was "Complexity and Security: The Role of Law." Topics ranged from challenges in Asia to the legal and ethical complexity of developing super soldiers. Watch Professor Nita Farahany's session to get a feel for the conference material.