GEN Mark A. Milley, Chairman of the Joint Chiefs of Staff

GEN Mark A. Milley, Chairman of the Joint Chiefs of Staff 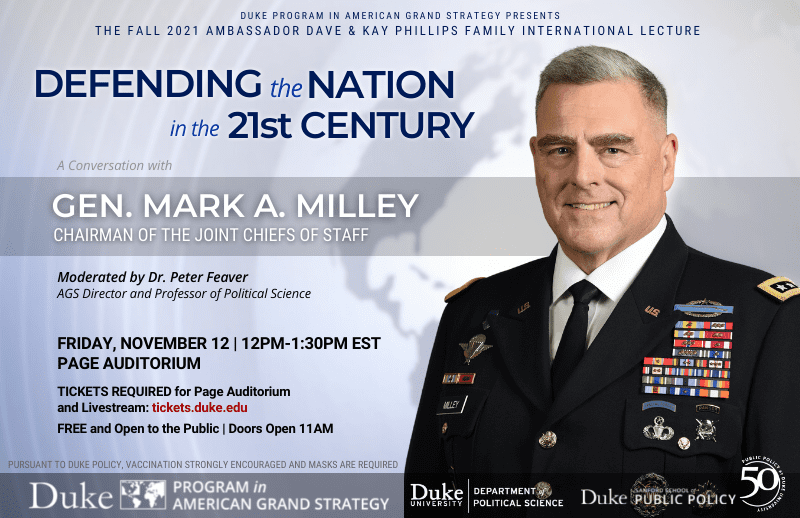 Event is FREE and open to the public but tickets are required: tickets.duke.edu

Parking available in the Bryan Center parking garage for an hourly rate.

Professor Peter Feaver will join General Mark A. Milley, Chairman of the Joint Chiefs of Staff, in conversation to discuss defending the U.S. in the twenty-first century.

In addition to his bachelor’s degree in political science from Princeton University, General Milley has a master’s degree in international relations from Columbia University and one from the U.S. Naval War College in national security and strategic studies. He is also a graduate of the MIT Seminar XXI National Security Studies Program.