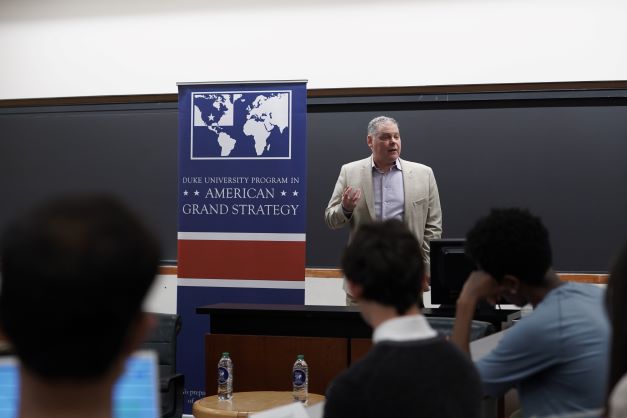 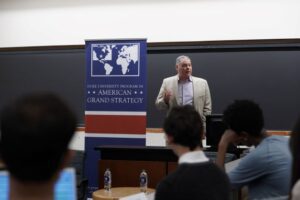 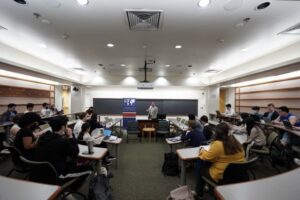 More photos on the AGS Facebook page. This event was not recorded.

On March 23, Professor Jennifer Siegel hosted Professor Peter Jackson. Prof. Jackson is a historian and professor at the University of Glasgow. He received his PhD from the University of Cambridge, and was the former editor of the Intelligence and National Security academic journal. His work broadly focuses on international relations, international security, and intelligence studies.

Prof. Jackson then turned to international law, emphasizing that a body of international public law is a precondition for international order. Law is the emergence of order out of chaos, and thus the primary function of order. Finally, Prof. Jackson discussed his own view on international order, which he considers to have 3 components: distribution of power, a logic, and institutions. The states in power must be capable of defending said power, or the order will fray. Orders have a logic provided by rules, norms, and procedures, and the logic can be adversarial or consultative. Finally, orders have institutions such as diplomacy, law, and international relations that are constantly in negotiation.

During the Q&A, audience members asked about how orders are constructed — is it only the victors of a conflict that build orders, or can the losers be involved too? Their questions pondered what the next international order might look like, and questioned how the global South can be integrated into international orders in a more equitable fashion. Prof. Jackson ended the session with a reflection on the relationship between China and the US, and how the two powers might engage in an international order in the future.