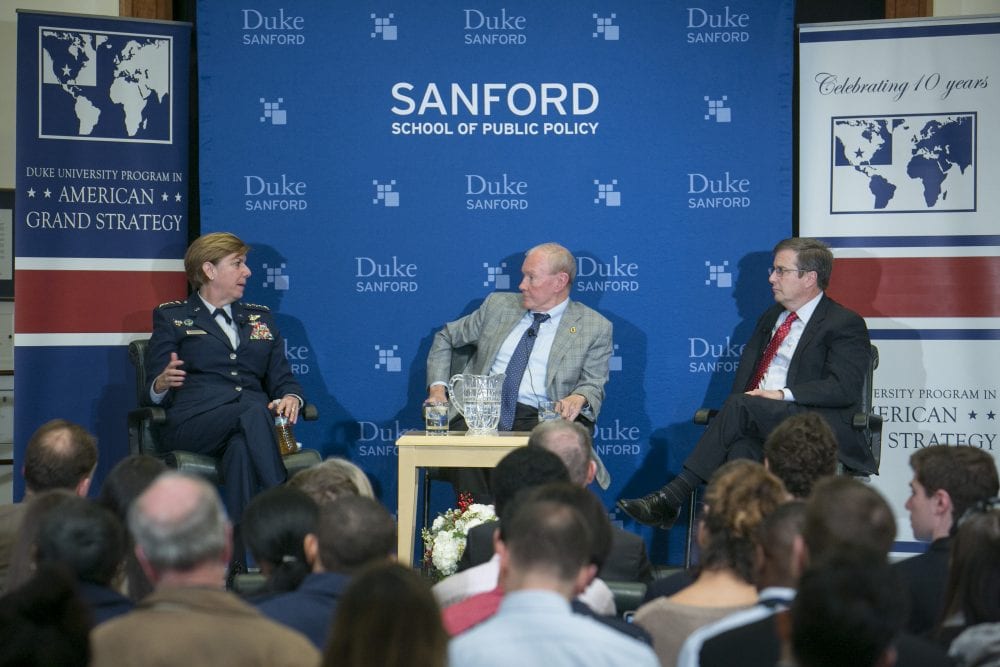 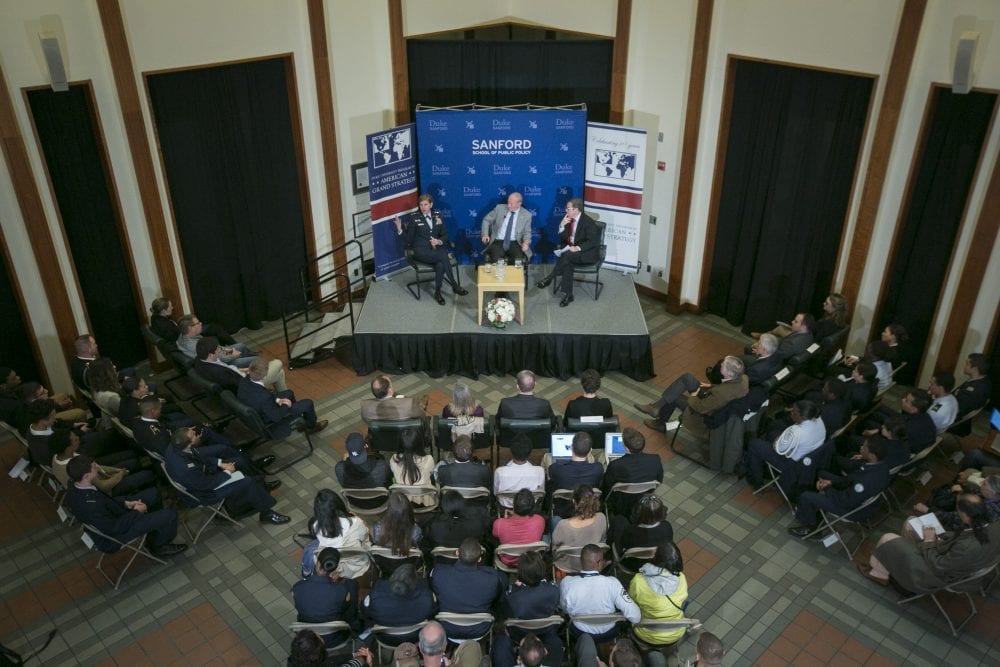 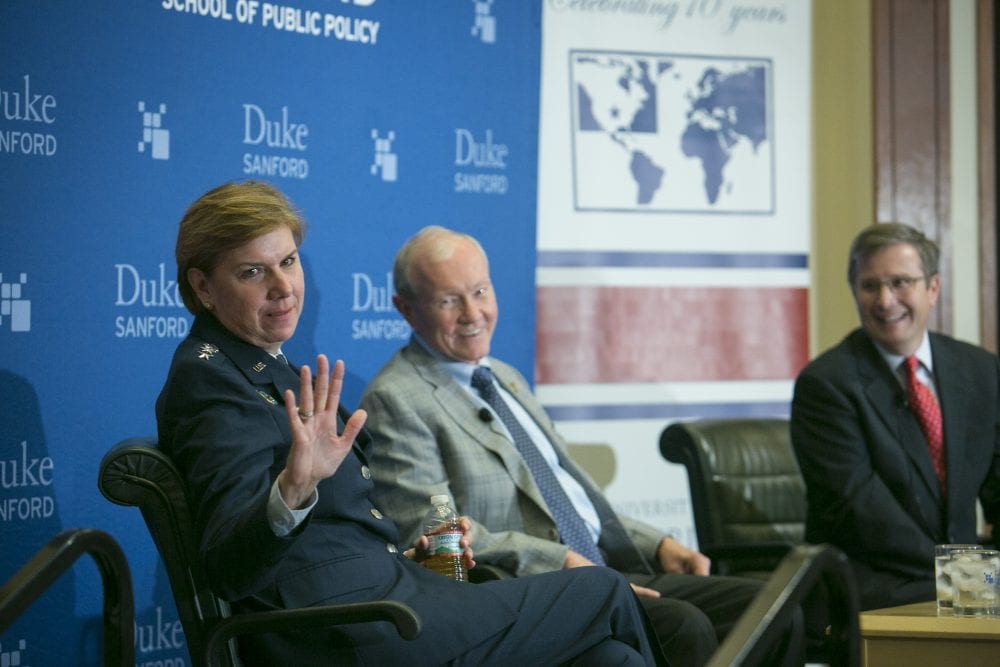 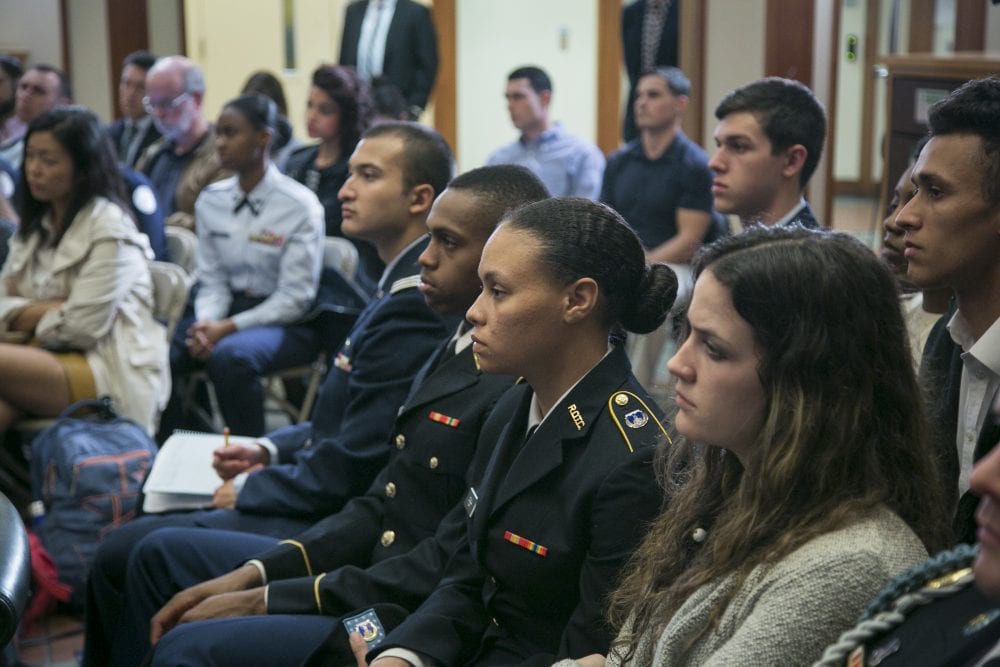 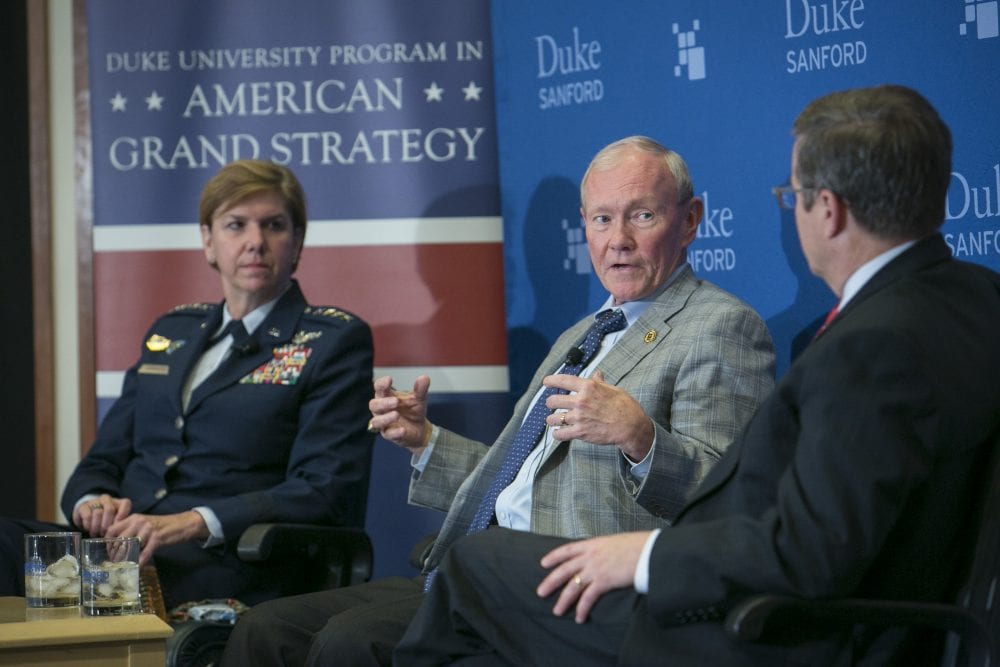 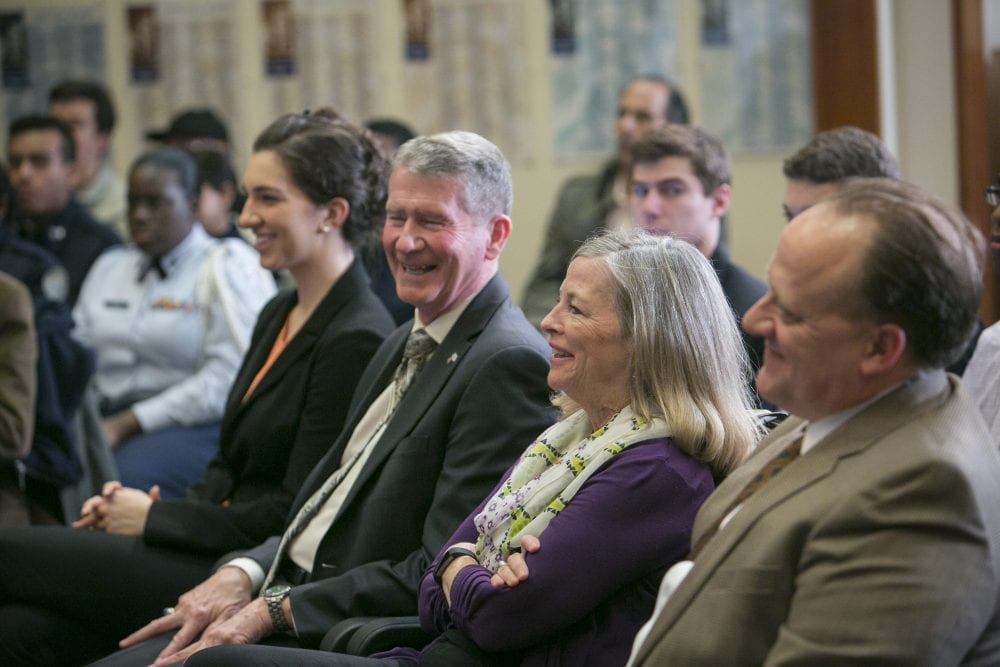 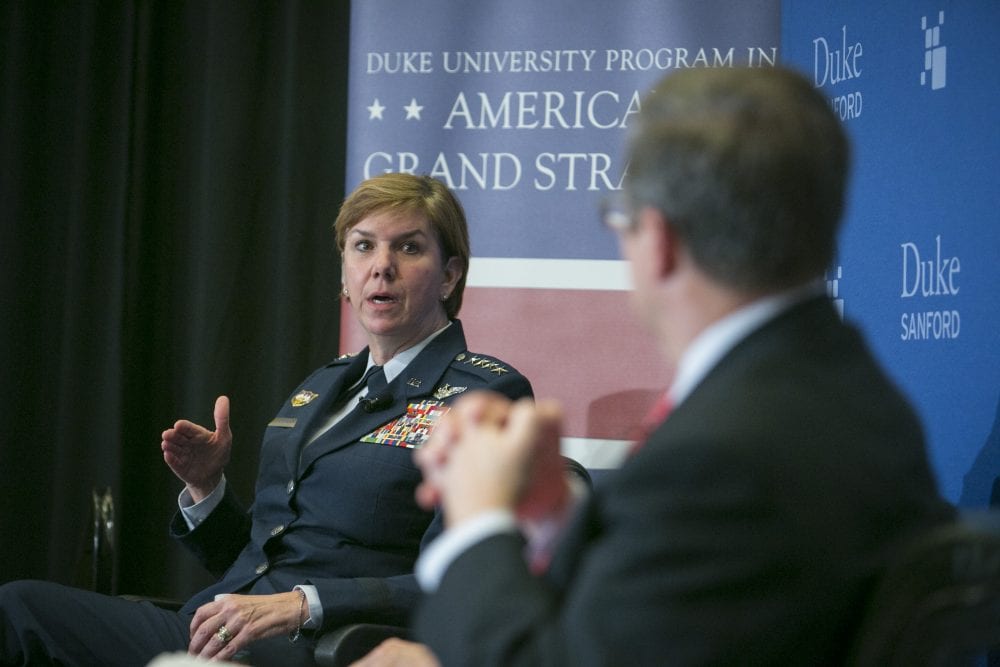 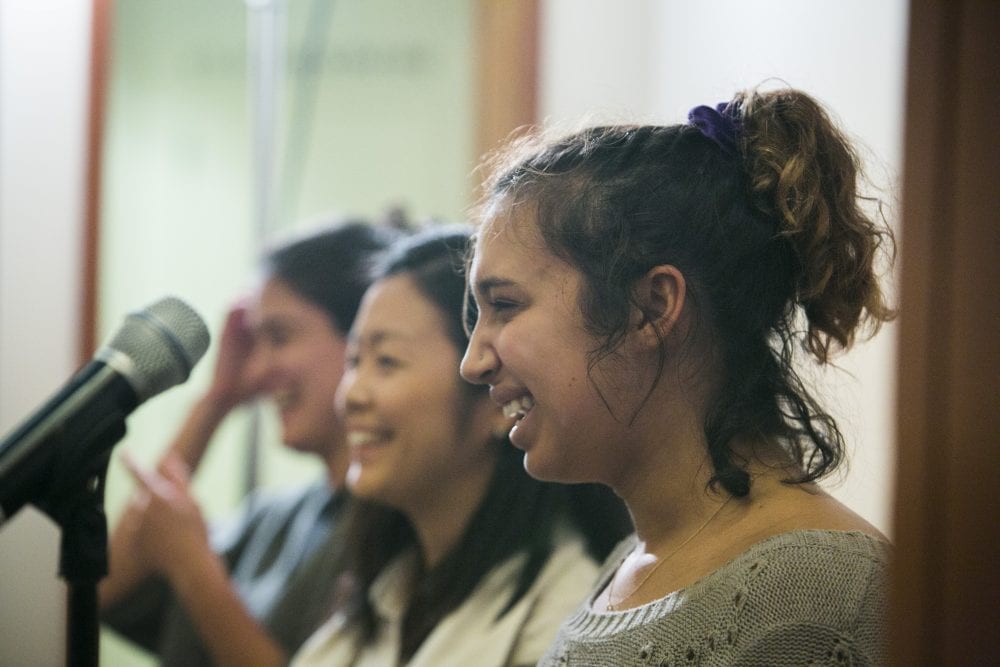 Thanks to all who joined us on February 12, 2018 for "Wearing Two Hats: Managing Threats and Relationships Across Two Commands," a conversation with General Lori Robinson, the first female combatant commander. Gen. Robinson is Commander, United States Northern Command (USNORTHCOM) and North American Aerospace Defense Command (NORAD).

In a conversation with Gen. Martin Dempsey (Ret.) and Professor Peter Feaver, Gen. Robinson described her role as a strategic manager of both national security and international relationships. She commented on the readiness of the U.S. nuclear arsenal, the processes of defining appropriate risk and the components of a focused national security strategy.

This event took place on February 12, 2018 in the Sanford Fleishman Commons. It was sponsored by the Duke University Program in American Grand Strategy, the Triangle Institute for Security Studies, the Sanford School of Public Policy and Duke Political Science.