Note: You must apply for admittance to this course.

This course examines the global challenges and opportunities confronting the United States and the efforts of U.S. policymakers to craft a grand strategy that adequately addresses them. The course covers key historical junctures in the development of American Grand Strategy, ranging from pre-World War II to the present. The class will examine both the theory and the practice of grand strategy, and will consider both defenses and critiques of the choices US leaders have made. The class is capped as a seminar and so there will only be a very few seats available for each category of student, undergraduate and graduate. Admission to the class will be by permission only, based on an application. 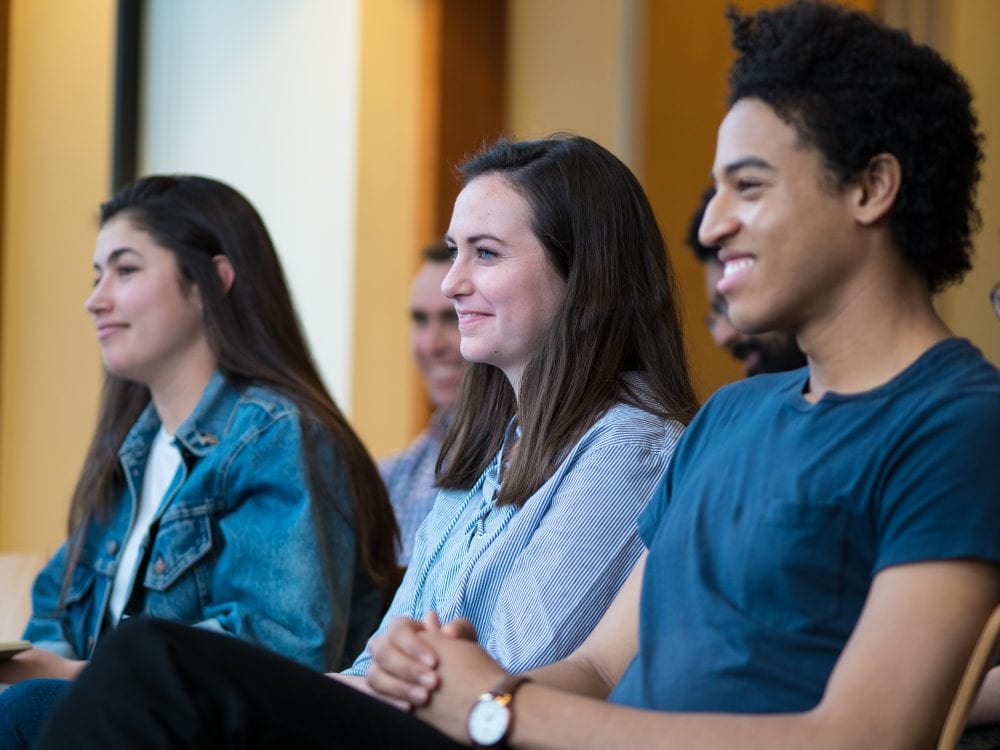 The study of civil-military relations addresses a simple puzzle: can we have a military strong enough to protect civilians yet not so strong as to ignore or subvert civilian direction?  After all, a military that is strong enough to defend the state from its external enemies might also be strong enough to seize power so as to rule for itself. But if you keep your military small and weak so it will not pose a threat to society, will it be strong enough to carry out the national security policy?  How do you ride the tiger of military capability without being swallowed by it?

Does this problem become more acute as civilian society loses its connection with the military?  How distinctive must the culture and institutional setting of the military be from its host society to fulfill its special mission?  Does the military’s focus on the management of violence require military culture to stand apart from or even contrary to the civilian society from which it springs?  Or should the military, particularly in a democracy, adapt to the culture of civilian society, reflecting civilian values and norms of behavior? What is the gap between military and civilian culture and what is its significance for public policy in America?

How is the military instrument of national power integrated with other instruments in America’s national security strategy and what are the challenges for civil-military relations that result from trying to integrate military with diplomatic, economic, psychological, and other elements of national power?  What are the implications for civil-military relations of making strategy in public?  Finally, how can we develop long-term strategies against both state and sub-state actors within a system that is biased toward near-term decisionmaking and near-term calculations?

This course will look at the classic and recent literature addressing all of these questions and give students a chance to do original research on some aspect of the topic.  The course will focus primarily on the U.S. case, but the theoretical frameworks covered have broad application to other advanced democracies and, indeed, have spawned a large literature considering civil-military relations in developing countries.

This course has a special structure owing to the extraordinary opportunity of having General Martin Dempsey, former Chairman of the Joint Chiefs of Staff, as co-teacher.  As senior military advisor to the President and to Congress, General Dempsey has been “the dash in civil-dash-military relations” and so brings a distinctive and exceptionally timely perspective to our discussions.  He will be able to join us for about half of the sessions, but to accommodate his schedule, we need to add extra sessions.

This course aims to help students make sense of the confusing daily stream of headlines coming from around the world. The course provides the background and conceptual tools students need to understand contemporary international relations (IR) and the related challenges of security, peace and conflict (SPC).

The course introduces students to the study of international relations, but does so in a way that prepares students for follow-on courses in the Security, Peace, and Conflict concentration within Political Science. This concentration involves the study of security issues at the inter-state level – the core of traditional international relations – as well security issues that transcend traditional states (such as transnational terrorist networks) or that reside primarily at the sub-state level (such as civil war and ethnic conflict).

How do states reconcile the limited resources they have at their disposal with the virtually boundless range of things they want to do in the world? How can policy-makers use power — be it cultural, diplomatic, economic, military, or otherwise — to achieve their goals effectively and efficiently? How might leaders begin to make sense of a dynamic and seemingly infinitely complex world and identify priorities, opportunities, and threats? The answer to these questions is one of the most elusive concepts in public policy: strategy, the reconciling of large ends with limited means. In this introductory lecture course, students will be introduced to the concept of strategy as it has been practiced by examining key concepts and texts in the field as well as historical cases of its successful (and unsuccessful) employment. It will introduce students to the politics, economics and other drivers of international affairs, and will be a semester-long exercise in applying the lessons of history to contemporary public-policy challenges. These insights from the past are relevant not only to students envisioning careers in foreign policy, but also to those whose interests lie in activism, business, politics, and other fields. 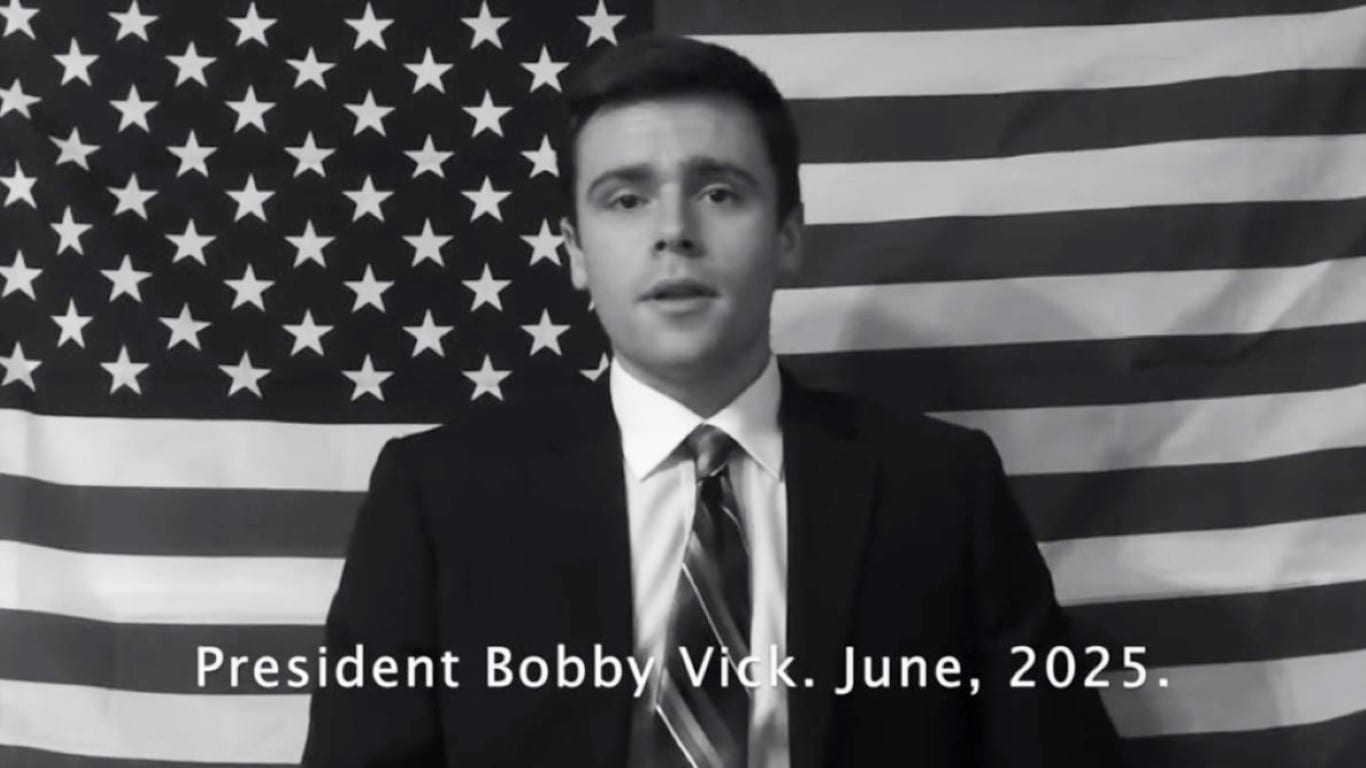 WATCH "VICK AND THE VIRUS" 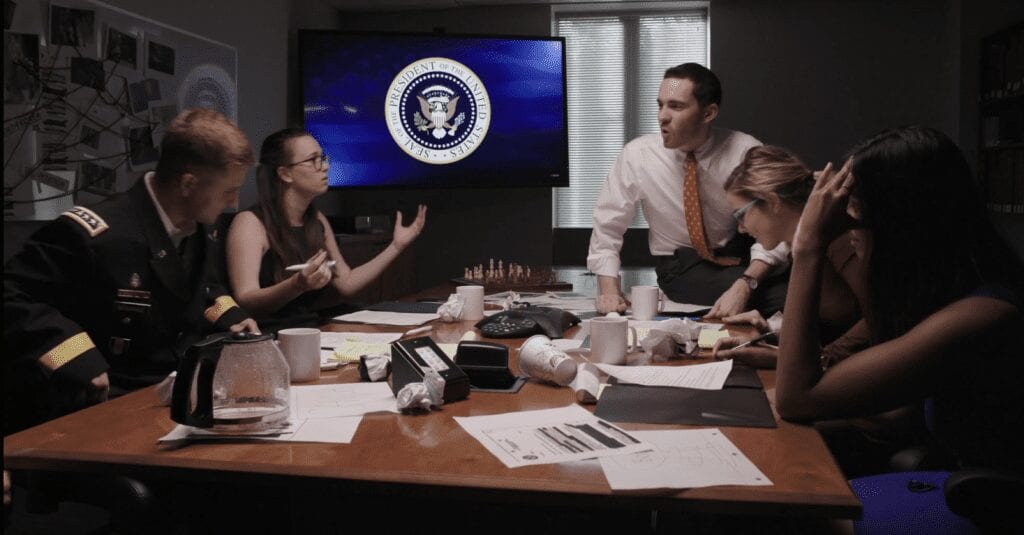 The course examines how American Grand Strategy has been depicted, commented upon, and/or interpreted through popular film since the end of World War II. American grand strategy refers to the way leaders conceive of America’s role in the world, interpret the challenges and opportunities confronting that role at any given point in time, and craft a way for the country to respond.  While there is substantial continuity in grand strategy over time, it does evolve in interesting ways as circumstances and politics change.

This change and continuity can be traced through popular film, which depict a certain understanding of America’s global role, usually in a time-bound way.  This course will explore these themes with an examination of key films from the end of World War II through to present day.  We focus on popular film because they, more than other films that might be more critically acclaimed, were likely to capture the public imagination and thereby reflect and possibly influence public opinion and policymakers.

Put another way: grand strategy is a “theory of the case,” a set of propositions about who America is and ought to be globally, and what threats and opportunities America must address in order to fulfill that role, that collectively give a higher logic to what otherwise looks like a foreign policy consisting of a string of ad hoc cost-benefit calculations.  These films, in turn, are different “theories of the theory of the case,” each pegged to a different time period.  Often the films focus on only some of the aspects of grand strategy – for instance, the ineptitude of policymakers or the unintended consequences that follow the use of force – and so part of the class discussion will be to explore what the film left out, what it could have said but didn’t.  We will ask whether there are patterns that reappear across the films or across similar time periods.

This course is designed to be a capstone of capstones – a follow-on course for students who have already completed the American Grand Strategy capstone seminar, or who by virtue of their other extensive coursework are prepared to engage the course material at a suitably advanced level.  Students enrolled in this course are expected to participate actively in the other activities of the American Grand Strategy Program.