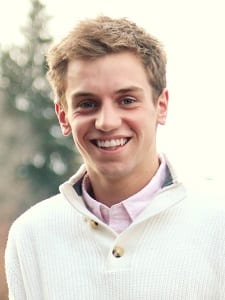 One of the most positive pieces of my internship experience was the freedom I was granted to explore projects of potential interest. As much as I valued this autonomy, it naturally meant the sixth and final week at State would be a confluence of several self-imposed deadlines for deliverables.

During the first part of the week, I wrapped up a project with my division chief analyzing survey results from consulates and embassies around the world regarding their information sharing processes. We also worked with usage metrics from the Department’s internal information sharing platforms to better understand the current state of these process and the resources expended on them. This project was an excellent exercise in extracting meaningful data from minimalist survey design in order to minimize the load placed on smaller posts with fewer staffers and less time to answer questions. It also taught me a great deal about how to combine large dataflows from quantitative sources with complimentary, individual data from diplomats and ensure the solutions this data leads to are scalable across posts with vastly different numbers of staffers.

I spent the second half of my week between coding maps for the Department’s internal websites and finishing my work on automating the collection and representation of usage metrics on the Department’s internal search engine and information sharing sites. Both these projects were valuable in translating my colleagues’ needs into technical solutions that would be easily maintained and accessible after my time in the office.

I was lucky to work with such an awesome and supportive team at eDiplomacy that allowed me to explore my interests in a way that contributed to the office’s broader objectives. Through this exploration, I’ve refined the technical and policy skills I’ll seek out in the remainder of my time at Duke.

The 230thanniversary of the State Department’s celebration was my favorite event I’ve been to in my time in DC. The Department hosted an all-day event for its employees with panels and speakers featuring historians, politicians, and current assistant secretaries in the department.

The highlight of this event was undoubtedly Henry Kissinger being interviewed by his official biographer, Nail Ferguson. Kissinger proved to be a walking history of the department and, at age 96, provided impressive perspective on how current challenges faced by State compared to those he saw in his tenure as the face of the department.

Another rich historical experience at State was the intern tour of the diplomatic reception rooms I organized as a way to draw intern traffic to the collaborative software platforms we manage. The diplomatic reception rooms take up the majority of the Departments eighth and highest floor. As their name implies, these are the rooms where foreign dignitaries are received in rooms ranging from cigar lounges to the banquet hall capable of hosting hundreds of guests. While I’d never seen this tour make DC TripAdvisor lists, it was one of the most impressive collections of early American historical artifacts I’d seen. The collection included the desk Thomas Jefferson used to write the declaration of independence, his portable desk with ink blots still visible, and the portrait of George Washington used on the dollar bill.

I received a less official, but equally interesting tour from a division chief in my office whose desktop artifact collection includes signed books and posters from Dean Acheson and George Marshal scavenged from garage sales. Having worked in the civil service for nearly his entire adult life, he knew every detail of the Department’s building. Stops on the tour included the old Secretary of State’s office where Marshal and Acheson resided prior to the building’s renovation, George Marshal’s office during his stints as the director of the American Red Cross, and several historical plaques he’s played a part in putting up.

Unsurprisingly, I’m finding the Department of State to be an ideal place for someone who spent too much time in high school reading modern American history.

Week 4: State vs the Classroom

My favorite part of the autonomy I’ve been given in my office at the Department of State is how quickly I expose holes in my own knowledge or skillset. I’m grateful my supervisor has allowed me to join and initiate projects based on my interests. Because the solutions we help integrate have to be applicable to over 300 posts and embassies worldwide, the variation in my projects is usually skillset rather than regionally specific knowledge. As such, I tend to seek out the projects that require the skills I most enjoy using. This process is, I think, largely subconscious, but clear trends begin to emerge the more projects I become involved with.

The freedom that comes with this level of ownership on projects means I’ll often have to learn new technical solutions to bridge the gap between my existing capabilities. Many times, the description of the concepts needed to complete a project closely resemble names of courses at Duke. Through this iterative process, I’ve homed in more on the skills and subject matter I feel I need than I had when campus. Sometimes, as is the case with my toolbox for working with data, these newly manifested needs have confirmed preexisting suspicions. Other times, such as a newfound need for more specific economic information, I’ve found myself browsing Duke hub for courses that reinforce skills I’ve previously felt comfortable with.

One of the biggest perks of interning at the Department of State is the number of workshops and events offered daily. Last week, I went to a workshop centered around storytelling with data as it relates to government agencies, a happy hour in the State Department’s new Diplomacy Center museum, and a session on best practices for government agencies using social media. Some offered more immediately applicable training than others, but all have been engaging and painted a clearer picture of how these agencies operate.

The most notable session I attended this week took place at the Foreign Service Institute in Roslyn, Virginia. An all-intern email went out requesting participants for an event called “Leading across generations.” The premise was to gather several dozen interns, place them in a room with an equal amount of foreign service officers training for leadership positions, and have a candid conversation about generational differences. Firstly, this session taught me I’m not considered a millennial. The corner of the room designated for millennials only included birthdays until 1995. This realization quickly led to a sense of relief in now being burden-free anytime the all-encompassing “millennials” exclamation is dropped in relation to young people with technology.

The four groups – Baby Boomers, Generation X, Millennials, and Generation Y – brainstormed in their separate corners about the most significant characteristics and misconceptions about their generation. This exercise proved wildly fun. Some of my favorite takeaways were that Millennials value work-life balance much less than do Generation Zers (perhaps a result of entering the job market more closely following the recession), Baby Boomers value individual recognition less than other generations, and my generation has yet to agree upon a movie or television show that defines us.

Of course, there were more consequential topics brought up such as how each generation handles presenting an idea or receiving negative feedback. My largest takeaway from these discussions was the eagerness of the older generations in the room to understand and accommodate how Generation Zers and Millennials navigated these situations. Although the systems inherent in a large government agency may prevent innovation or adaptation of ideas at the pace the younger generations are accustomed to, my impression is that the leaders in the room are actively searching for ways to lessen that discrepancy.

In my second week at State, as I’ve gotten a feel for my immediate office, the projects I’m working on, and how to be most useful, I’ve begun exploring the State Department in a broader sense. At times, this is simply physical – The department’s main building is massive. With 8 floors, a gym, a large cafeteria, and endless conference rooms, one could be excused for thinking they were inside a condensed college campus (minus the heightened security and corresponding lack of cellphone use in hallways). Though I can access the main building whenever needed, I work about a block away from the main building in a refurbished red cross headquarters, complete with its own cafeteria and Dunkin’ Donuts.

This week marked the first time I’d spent the Fourth of July in a major city, let alone the nation’s capital. The holiday brought massive crowds into the city, and more specifically, into and around the national mall. I’d set out to the mall with the intent of watching the fireworks from the lawn but was quickly deterred by the bottlenecks of people trying to enter and exit security checkpoints. Instead, some friends and I caught the show from the Key Scott Bridge in Georgetown. The first half of the firework display was as impressive as I’d imagined until the mixture of rainy conditions and fire led to a massive plume of smoke, behind which one could only make out faint hues of red or green that made up the second half of the show.

Growing up on the West Coast with an interest in American politics, I’d spent much more time reading about Washington than exploring it. Luckily, that balance is shifting as I wrap up my first week interning in the office of eDiplomacy in the Department of State.

I’ve received a number of lucky breaks in the forms of scholarships, grants, and exchange programs that have permitted me the experience of living and working abroad in a number of places in the last decade. I’ve often felt thought this curiosity was something that distinguished me, however, this track record quickly disintegrated into relative mundanity as I talked to my fellow interns at orientation. As one might expect from a group of college students exploring careers in foreign affairs, nearly every intern had spent significant time abroad, ranging from a study abroad stint to a childhood of hoping embassy to embassy biennially. I was especially amazed by the consistency with which these individual backgrounds complimented the regional and subject-specific intern roles those in the room occupied.

I spent the fall of 2016 in a small town in Ecuador and was fascinated at how different the channels of political information operated, especially surrounding the 2016 U.S. Presidential Election. This curiosity, compounded by my coursework in computer science at Duke, led to me to apply for an intern role in the office of eDiplomacy this summer. The primary responsibility of the office is improving information sharing and maximizing diplomatic efficiency within the Department using technology.

The largest takeaway from my first week is the complexity of implementing technological solutions in a government agency that rivals my hometown in population. Predictably, there’s a massive difference between proposing a methodology for using the software in a group project at Duke and trying to standardize a process for thousands of people on a software platform they haven’t yet used. This complexity is amplified by the regional differences in strategy and infrastructure across embassies.  For this reason, the team at eDiplomacy puts a large emphasis on human-centered design and empathizing with how users might naturally interact with a new tool before rolling out a standard solution for usage. This framework for problem-solving has proven complex and thoughtful, yet simultaneously fast-paced. I’m excited to get a broader view of its potential applications in the coming weeks.