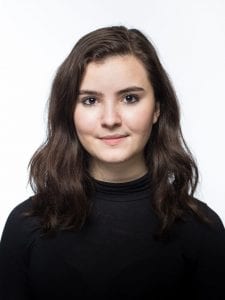 In my last week at ISW, I did some final edits on our ISIS in Europe assessment and presented its conclusions to the entire staff in a situation update meeting. After walking everyone through the conclusions in our report, we received substantive feedback that in turn led us make several necessary clarifications. For example, one of the analysts in our office observed that while we referred to ‘ISIS-propaganda’ to validate the claims that ISIS has displayed interest in weaponizing commercial drones in Europe and encouraged members to use biological attack vectors, we were often citing propaganda published by pro-ISIS groups over which ISIS exerts little actual control.

Finally, we circulated the written assessment to the wider audience and are awaiting more detailed feedback. While I am returning to school this week, I plan to continue working on this project remotely. It was deeply fulfilling to track an analytical project from early data collection through to a written product, and I would love to see how the report evolves through to publication.

Having finished gathering our data set, I have spent the past few weeks sifting through the information, comparing the numbers to those from 2014-2017, recognizing patterns, writing up conclusions, and continually editing.

This week, I took a brief detour to examine an ISIS recruitment cell in northwestern Germany known as the Abu Walaa network. Through study of this network, we hoped to understand similar cells that are operating across Europe, with or without the knowledge of authorities. We realized that members of the Abu Walaa network were deeply intertwined with ISIS fighters in Syria, regularly communicating, asking about their needs, and vouching for new recruits. This interaction allowed ISIS to maximize the benefits the Abu Walaa network could provide while ensuring operational security by pre-vetting potential fighters. Furthermore, we discovered that this level of continued communication was facilitated by personal connections resulting from ISIS’s decision to keep all its German foreign fighters together in the same brigade and under the command of other Germans. There are clear benefits to this system, insofar as translators are obviated and unit cohesion increased. However, it also carries risk; internal security may be undermined by clustering a number of people whose shared experiences might lead them to harbor the same complaints.

For the past two weeks, I have been collecting the data that will underlie our ISIS in Europe assessment. Because we need to document all ISIS attacks, attempted attacks, and network arrests in Europe from 2017-2019 as exhaustively as possible, I have been scanning a variety of American as well as local-language news sources for reports. Because many of these events were not widely reported (particularly if they were merely arrests of run-of-the-mill operatives or would-be attackers who had yet to formulate plans), this has been a laborious process. However, reading news reports has given me a chance to really engage with the data and identify trends which will be significant moving into the analysis stage.

I spent the beginning of first week at the Institute for the Study of War familiarizing myself with prior publications and our data analysis software. Unfortunately, I missed the two-week intern training session in order to participate in a summer program, and so started out with a lot of catching up to do.

I was immediately pleased with our office culture, which really prioritizes staff learning and open discussion. In twice-weekly situation updates, different project teams report to everyone on events happening in their area of research and provide their value-added analysis. These meetings offer an opportunity to engage with subjects outside the scope of the team I was assigned to and stay up to date on global events. I feel like I come away from each with a more nuanced understanding of events, whether in Afghanistan, Syria, or Moldova. The research team also gathers weekly for what is essentially a two-hour class focused on helping the staff understand theoretical constructs and language used by the military, so as to more effectively communicate with military personnel, or on analytical best practices and intelligence tradecraft. Interns are also encouraged to ask questions or provide feedback across all presentations.

Later in the week, I read through a translated trove of documents coming out of a now-dormant ISIS affiliate in Syria, Jaysh Khalid bin-Walid, as well as the publications of ISIS-members turned dissenters (posted by Aymenn al-Tamimi).

Examining JKBW was worthwhile insofar as it allows us to extrapolate lessons about the structure of still-active ISIS affiliates and understand the interaction between ISIS-affiliates and central ISIS leadership. I observed that JKBW compensated its militants similarly to AQI; both organizations offered members a base rate of pay, slightly below the wages earned by unskilled workers in the same geographic area, and then dispensed additional funds for each of the member’s dependents. In AQI’s case, scholars concluded that this scheme was adopted in order to test the commitment of potential group members while nonetheless allowing would-be-fighters with large families to join the organization; I assessed that JKBW’s logic was much the same, and revealed yet another point of similarity between al-Qaeda and ISIS. I also concluded ISIS had been involved in managing its affiliate from the beginning, but initially gave only general guidance rather than direct orders. As Abu Bakr al-Baghdadi began centralizing control, affiliates like JKBW were also brought under tighter control.

With regards to ISIS’s internal dissent movement, I concluded that it is incorrect to characterize the opposition as ‘moderate,’ though the opposition has referred to itself this way, as, in turn, has media. In contrast to factions in other Salafi-jihadist organizations, ISIS dissenters do not take issue with takfirism. Instead, their primary complaint seems to be that Baghdadi is areligious, insufficiently religious, or hypocritically religious. The opposition does not seem to disagree with ISIS’s interpretation of scripture per se but rather is frustrated that ISIS is not living up to certain religious commitments. They perceive the failure as stemming from greed, corruption, brutality, impulsivity, or inattention rather than from mistaken religious interpretation. I also assessed that ISIS’s internal dissent movement in unlikely to alter the trajectory of the organization. Many dissenters have been imprisoned or killed, others have fled, and the movement has lost traction.

Once I am able to use our software, I will be working on ISW’s forthcoming assessment of ISIS activities in Europe, 2017-2019.