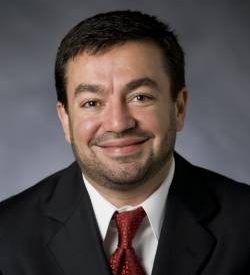 Abdullah Antepli is an Associate Professor of the Practice in the Sanford School of Public Policy. Imam Antepli is the founder and executive board member of the Association of College Muslim Chaplains and a board member of the Association for College and University Religious Affairs. He served as the first Muslim chaplain at Wesleyan University and then moved to Hartford Seminary in Connecticut, where he was the associate director of the Islamic Chaplaincy Program & Interfaith Relations, as well as an adjunct faculty member. He previously served as Duke University's first Muslim chaplain, and then as Duke's chief representative of Muslim Affairs, engaging students, faculty, and staff across and beyond campus through seminars, panels, and other avenues to provide a Muslim voice and perspective to the discussions of faith, spirituality, social justice, and more. 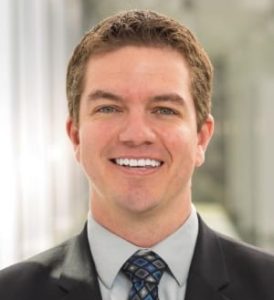 Dr. Kyle Beardsley  is Professor of Political Science. He is co-director of the International Crisis Behavior data project, and the Deputy Director of the Triangle Institute of Security Studies (TISS). His research focuses on the quantitative study of international conflict and peace processes. He is particularly interested in questions related to the role of third parties in shaping conflict dynamics, the links between armed conflict and  gender power imbalances, the diffusion of armed conflict across space, and the impact of nuclear weapons on international crisis behavior. 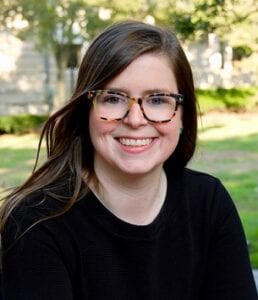 Dr. Susan Colbourn  is associate director and program coordinator of the Triangle Institute for Security Studies. She is a diplomatic historian working on international relations since 1945. Her research focuses, in particular, on transatlantic relations, the global Cold War, and the role of nuclear weapons in international politics and society. She is the author of Euromissiles: A Transatlantic History forthcoming (Cornell University Press, 2022), and the co-editor of The Nuclear North: Histories of Canada in the Atomic Age (UBC Press, 2020). Prior to joining TISS, she held fellowships at Johns Hopkins School of Advanced International Studies and at Yale University’s International Security Studies program. 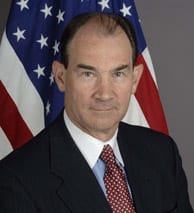 Ambassador Patrick Duddy is the director of Duke University’s center for Latin American and Caribbean Studies. He was one of the Department of State’s most senior Latin American specialists with exceptionally broad experience in trade, energy, public affairs and crisis management. From 2007 to 2010 he served as the U.S. Ambassador to the Bolivarian Republic of Venezuela for both President Bush and President Obama. Prior to this, Ambassador Duddy served as Deputy Assistant Secretary of State (DAS) for the Western Hemisphere, responsible for the Office of Economic Policy and Summit Coordination, which included the hemispheric energy portfolio, as well for the Offices of Brazil/ Southern Cone Affairs and of Caribbean Affairs. During his tenure as DAS, he played a lead role in coordinating U.S. support for the restoration of democracy in Haiti. 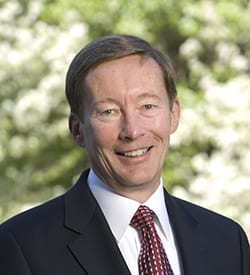 Charles J. Dunlap Jr. joined the Duke Law faculty in July 2010 where he is a professor of the practice of law and Executive Director of the Center on Law, Ethics and National Security. His teaching and scholarly writing focus on national security, law of armed conflict, the use of force under international law, civil-military relations, cyberwar, airpower, military justice, and ethical issues related to the practice of national security law. In his capacity as Deputy Judge Advocate General,  Dunlap assisted the Judge Advocate General in the professional supervision of more than 2,200 judge advocates, 350 civilian lawyers, 1,400 enlisted paralegals, and 500 civilians around the world. In addition to overseeing an array of military justice, operational, international, and civil law functions, he provided legal advice to commanders and civilian leaders at all levels. 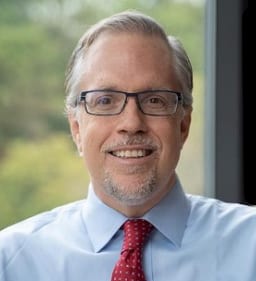 David Hoffman is the Steed Family Professor of the Practice of Cybersecurity Policy at the Sanford School of Public Policy. He also is Associate General Counsel and Global Privacy Officer for Intel Corporation. Hoffman currently chairs the Civil Liberties and Privacy Panel for the Director's Advisory Board for the US National Security Agency. He also chairs the board of the Center for Cybersecurity Policy and Law, and serves on the Advisory Boards for the Future of Privacy Forum and the Israel Tech Policy Institute. Hoffman also founded and chairs the board for the Triangle Privacy Research Hub, which highlights and fosters cybersecurity and privacy academic research done in the North Carolina Research Triangle. Hoffman has a JD from Duke Law School, where he was a member of the Duke Law Journal. He received an AB from Hamilton College. 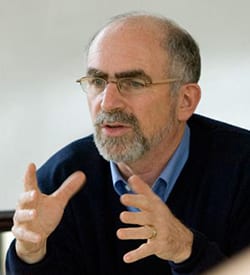 Dr. Bruce Jentleson is William Preston Few Professor of Public Policy and Professor of Political Science at Duke University, where he previously served as Director of the Terry Sanford Institute (now Sanford School) of Public Policy. In 2015-16 he was the Henry A. Kissinger Chair in Foreign Policy and International Relations at the John W. Kluge Center, Library of Congress. He received the 2018 American Political Science Association (APSA) International Security Section Joseph J. Kruzel Award for Distinguished Public Service. In 2020 he will be the Desmond Ball Visiting Professor at Australia National University, College of Asia and the Pacific, and Visiting Professor, Barcelona Institute of International Studies (IBEI). 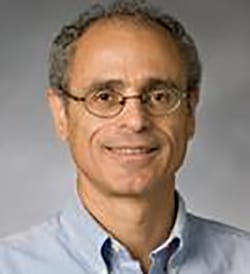 Dr. Abdeslam E. M. Maghraoui is associate professor of the practice of political science. He is core faculty in the Duke Islamic Studies Center and Duke University Middle East Studies Center. His research focuses on the interactions between culture and politics in the context of Arab and Muslim majority countries. His work encompasses three overlapping areas of research: "political identity," "political institutions," and "political behavior and attitudes" and explores the central role of language as a tool to assert identity, renew authoritarian relations, and claim individual autonomy. Professor Maghraoui's research addresses key political challenges facing states and societies in North Africa and the Middle East today. Among these are the questions of democratization, the role of religion in public life, youth empowerment, and governance. 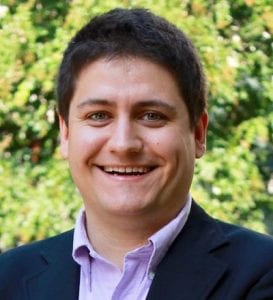 Dr. Simon Miles joined the faculty of the Sanford School of Public Policy as an Assistant Professor in 2017. He is a diplomatic historian whose research agenda explores the causes and mechanics of cooperation between states. Simon teaches US foreign policy, Cold War international history, and grand strategy; supervises students working on projects in the field of international relations, broadly defined; and organizes the American Grand Strategy Program's History and International Security speakers series. Miles' books include: Engaging the Evil Empire: Washington, Moscow and the Beginning of the End of the Cold War, and On Guard for Peace and Socialism: The Warsaw Pact, 1955–1991 (2022). 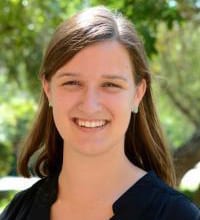 Rachel Myrick is an assistant research professor of political science and a PhD candidate in the Department of Political Science at Stanford University. Her research explores how partisan polarization affects foreign policymaking in democratic states, with an emphasis on U.S. national security policy. More broadly, she is interested in the interplay between domestic and international politics in matters of security and conflict. Her research is published or forthcoming at The Journal of Politics, International Studies Quarterly, and The Journal of Global Security Studies.

Tim Nichols is a visiting associate professor of the practice in the School of Public Policy at Duke University. His research interests and teaching responsibilities include intelligence, interagency coordination, national security, homeland security and counterterrorism policy. Tim served as an intelligence officer in the Marine Corps for over 21 years with extensive experience in the special operations and counterterrorism fields. His overseas experience spanned deployments to Iraq, Afghanistan, East Africa, Central America, and the Pacific. He was designated a Regional Affairs Officer for East Africa. While in Iraq, he directed a joint interagency task force in tracking and targeting foreign extremists traveling to Iraq for violent activities. Prior to his retirement from the military, Tim taught courses in Leadership, Ethics, and Management at Duke, UNC, and NC State. 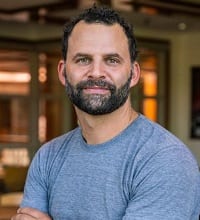 Matt Perault is the Director of the Center on Science & Technology Policy at Duke University and an associate professor of the practice at Duke’s Sanford School of Public Policy. He previously served as a director of public policy at Facebook. He led the company’s global public policy planning efforts on issues such as competition, law enforcement, and human rights and oversaw public policy for WhatsApp, Oculus, and Facebook Artificial Intelligence Research. Prior to joining Facebook, Matt was Counsel at the Congressional Oversight Panel. He previously worked as a consultant at the World Bank and served as a law clerk for the U.S. District Court for the District of Columbia. Matt holds a law degree from Harvard Law School, a Master’s degree in Public Policy from Duke University’s Sanford School of Public Policy, and a Bachelor’s degree in political science from Brown University. 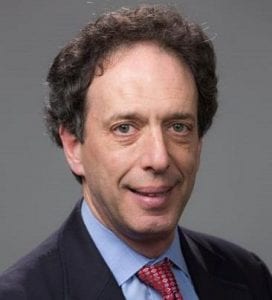 David Schanzer is a professor of the practice at the Duke Sanford School of Public Policy University and director of the Triangle Center on Terrorism and Homeland Security. He teaches courses, conducts research and engages in public dialogue on counterterrorism strategy, counterterrorism law and homeland security. Schanzer is the lead author of two National Institute of Justice studies:  The Promise and The Challenge and Promise of Using Community Policing Strategies to Prevent Violent Extremism (2016) and Anti-Terror Lessons of Muslim Americans (2010). He has served a member of the Countering Violent Extremism Leadership Forum and has been a Research Fellow for the National Intelligence Council. 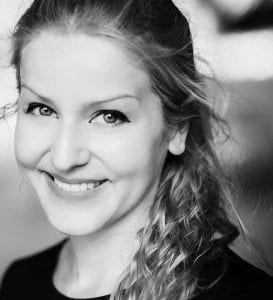 Dr. Livia Schubiger is the Douglas and Ellen Lowey Assistant Professor of Political Science at Duke University. At Duke, she is a member of the Department of Political Science and the DevLab@Duke. Prior to joining Duke, she was an Assistant Professor at the London School of Economics (Department of Government). She was also a post-doctoral researcher at the UZH-ETH Center for Comparative and International Studies (CIS), and a pre-doctoral visiting fellow at the Program on Order, Conflict, and Violence at Yale University. 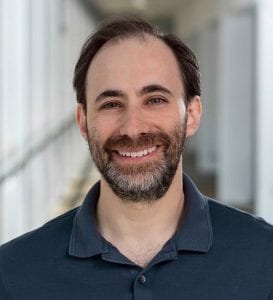 Dr. David Siegel is Associate Professor of Political Science. His research addresses the theoretical determinants of collective action in the contexts of political violence and terrorism, elections, and opinion and identity formation. He has published in journals such as the American Political Science Review, American Journal of Political Science, and Journal of Politics, and is the coauthor of A Behavioral Theory of Elections and A Mathematics Course for Political and Social Research, both from Princeton University Press. Prior to coming to Duke, he was on faculty at Florida State University. 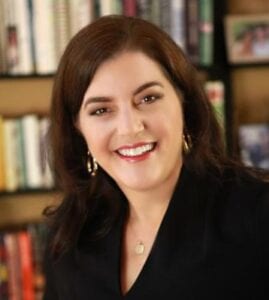 Dr. Jennifer Siegel is an historian whose work focuses on the international and transnational nature of foreign relations and international security in the nineteenth and twentieth centuries, and the ways in which those relations were driven by political, cultural, social, and economic forces.  Her research has centered in the areas of international diplomacy, finance, the origins of wars, the nature of alliances, and modern intelligence, with a particular focus to date on relations between and among the Entente powers of Britain, Russia, and France on the European continent and in the imperial periphery.  Her most recent book, For Peace and Money: French and British Finance in the Service of Tsars and Commissars, examines the globalized interconnectivity of finance and foreign policy in the context of British and French private and government bank loans to Russia in the late imperial period up to the Genoa Conference of 1922. 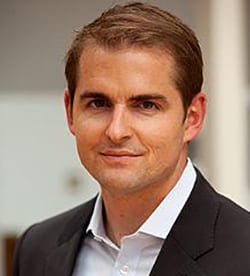 Dr. Tommy Sowers is a multi-sector leader who has led in the political, military, governmental, academic, corporate, entrepreneurial, non-profit and philanthropic worlds. He is currently the Pentagon’s Southeast Regional Director for DOD innovation efforts, connecting academic and venture communities to help solve national security problems. He teaches courses at the intersection of national security, technology and academia. An 11 year veteran of the U.S. Army, Sowers has led a combat engineering platoon in support of Peacekeeping Operations in Kosovo, graduated first in his class at the Special Forces Qualification Course, deployed to Iraq twice as a Green Beret, and served as an assistant professor in the Department of Social Sciences at the United States Military Academy. 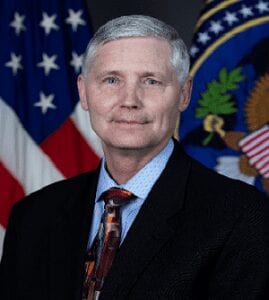 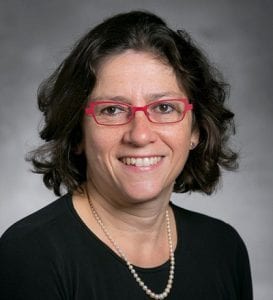 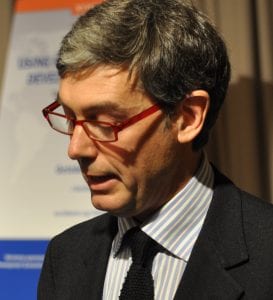