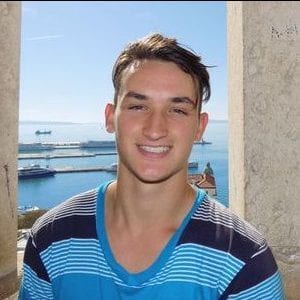 End of Summer Reflection
August 2018
Heading into this internship, I truly had no idea what to expect. I had never worked in an embassy, and really wasn’t familiar with how it operated. Although I was a little nervous going in without any experience, I knew it would serve as an excellent opportunity to expand my knowledge and grow as an individual.My work included a variety of tasks. My biggest responsibility was crafting and sending Daily Action Reports (DAR’s) to Washington, which are used to keep people informed of all the political/economic developments in Croatia. I was pretty nervous when I sent my first one out, knowing that hundreds of people would receive it, but it turned out well. They were usually just around 250 words, and were very direct and to the point. Unlike papers at school where I try to fluff up the language to make it sound pretty, DARs use very simple and straightforward language which makes them east to read/write. Not only did this help improve my writing skills, but it also kept me up to date on all the current political/economic issues in Croatia. I was also very involved with the preparation for the embassy’s annual Fourth of July party. This is the biggest event of the year, so there was a lot of work to be done. Some of my tasks included designing the invitation, building signs from scratch, and passing out party gifts. The event went off without a hitch, and the night ended with some massive fireworks. My favorite task this summer was meeting with human rights groups in Zagreb. I met with three total (Human Right’s House, Documenta, and the Serb National Council (SNC) to discuss their current projects and annual reports. They mostly had similar opinions of the current environment in Croatia, all citing a slight increase in nationalism due to Croatia’s world cup success. Additionally, I attended an event with the SNC, a commemoration for Serb victims killed during WW2. It was held in a small town called Glina, and the ceremony was in front of a community center where an Orthodox church used to stand before it was destroyed. After the ceremony I got to have drinks with the Serbian Ambassador to Croatia and one of the local Bishops.

I would say my biggest surprise about this summer was the way I was treated at the embassy. Despite being a young, summer intern, everyone treated me as their equal. I didn’t have to do any mundane tasks, and had the freedom to choose which projects/portfolios I worked on. I was filming a documentary for my senior thesis this summer, and the embassy proved to be an incredible resource and network for finding people to interview.

As I said earlier, I didn’t really have any past experiences working in this environment. However, that doesn’t mean I didn’t rely on some of my former work environments and background during the summer. As I have learned in my former jobs, it is always important to establish positive relationships with your co-workers, especially with those working in your office. Establishing these good relationships with my co-workers helped me tremendously. My co-workers would invite me to join them at important meetings because they liked me and knew they could rely on me.

Working 40 hours a week with an hour commute each way caught up to me, and a lot of times I just stayed in my apartment after getting home from work. I did establish great relationships in the workplace, but I wish I made more of an effort to meet locals during my stay. Two weeks before I left, I did befriend a bunch of guys my age playing pick-up soccer. I only had time to hang out with them two times before I left, but I will definitely reconnect when I return to the area.

Moving forward, this internship definitely inspired me to seek out a career in the Foreign Service. I believe it is the perfect balance of work and travel, and really is one of the most unique jobs in the world. Also, based on my personal experience, I know the people in the field are incredible and a pleasure to work with. I plan to take the Foreign Service entry exam after I graduate college. I am also applying to be a Fulbright Scholar in Croatia to serve as an English Teaching Assistant at a local university for the academic year.

Most of my work the last few weeks has been centered around human rights groups in Zagreb. I have met with three so far (Human Right’s House, Documenta, and the Serb National Council) to discuss their current projects and annual reports. They mostly had similar opinions of the current environment in Croatia, all citing a slight increase in nationalism due to Croatia’s world cup success.

This past Sunday I attended a commemoration with my colleague for Serb victims killed during WW2. It was held in a small town called Glina, and the ceremony was in front of a community center where an Orthodox church used to stand before it was destroyed. After the ceremony I got to have drinks with the Serbian Ambassador to Croatia and one of the local Bishops.

Croatia’s world cup run finally came to an end in the Finals. Our ambassador reserved a private room right above the square which had an amazing view of the screen and the thousands of fans who came to watch.

I took a weekend trip to the nearby coastal town of Zadar. There is a beautiful castle surrounding the inner part of the city and the seafood was really good. I was able to stay with one of my friends who I studied with in Dubrovnik last year. It was really nice catching up with him and meeting his family.

The following weekend I went to Belgrade Serbia. This was one of my favorite trips, as I got to see a lot of my friends that I knew from last year. I also met up with the Duke Engage students who are there for the summer.

This weekend I am heading to Dubrovnik (which is now famous for being part of the set for Game of Thrones). I am excited to meet up with all my friends there who I studied with last fall, and I’m hoping to spend a lot of time at the beach.

I arrived to Zagreb on Thursday. The city is absolutely beautiful and there are a lot of things to do. Most nights I head to the city center to have coffee with friends and walk around. Transportation is pretty simple, and I mostly take buses and trams. I am staying in a cozy Airbnb apartment by myself. Although I have had amazing roommate experiences at Duke, it is really nice having a place all to myself. It is in a very pretty location, surrounded by small parks and a river. It conveniently has a bakery located right next to it, which I have gone to just about every morning. For dinner, I usually keep it simple and make some combination of meat and cheese sandwiches. My goal by the end of the summer is to learn how to make burek, a famous Croatian dish that consists of a freshly baked meat pastry topped with dough and cheese.

I officially began work at the Embassy this past Monday. My commute is a bit tedious (roughly an hour each way) but it is totally worth it. So far, this experience has gone above and beyond my expectations. Even though I have only worked two days, I feel that I have already gained a lot of insight into how an Embassy operates. It is divided into four different sections (Administrative, Consular, Economic/Political, and Public Affairs). Although I am primarily stationed in the Economic/Political section, I will be assisting all the other sections when they need extra help. As part of my in-processing, I had to meet with every single section office leader. They described their role in the embassy and their involvement in the Croatian community. They also mentioned some of the projects that I will be helping them with. I am particularly excited to help out with the planning of the annual 4th of July festival which will be held at the embassy.

The people working in the Pol/Econ section have been very welcoming to me. I have already met most of them, and frequently get to chat with them during coffee breaks. As far as my work goes, I have mostly been sitting in embassy staff meetings covering a wide range of topics. While sitting in these meetings I take notes on the different subject matters. My favorite meeting so far was the Daily Action Report, which is where we discuss all of the Political and Economic developments that occurred in Croatia the previous day. After the meeting, my team returns to our office and they draft up a cable that is sent to Washington at the end of the day. My supervisor told me that I will be drafting one of these reports by myself in the coming weeks.

This Friday I am planning on going to an Embassy cookout hosted at the marine’s bunker. There is supposed to be some great barbecue so I am very excited.