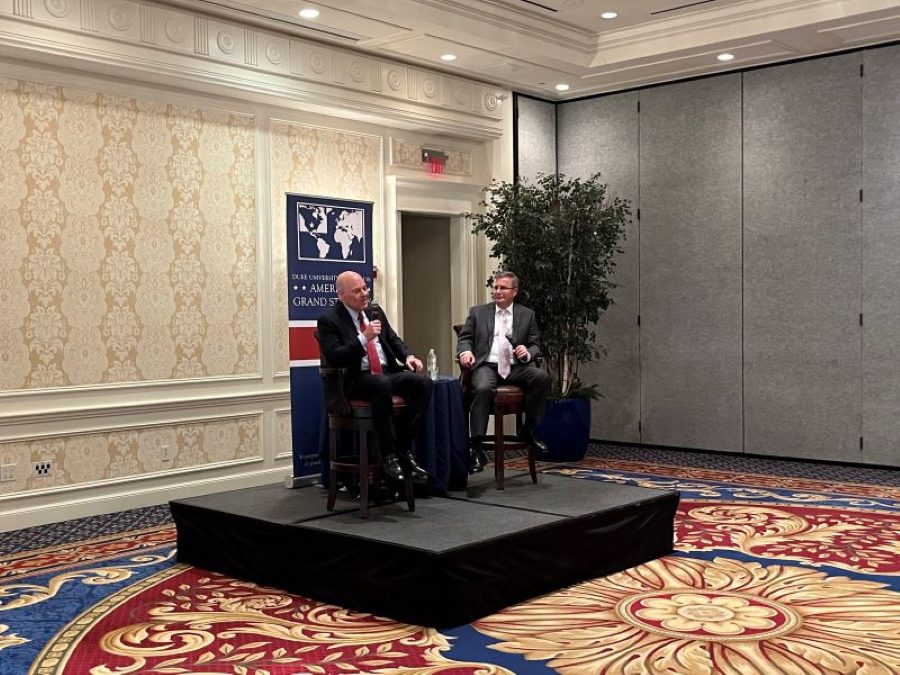 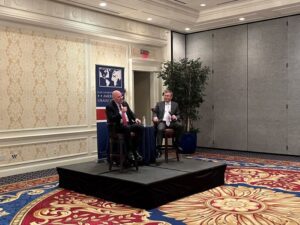 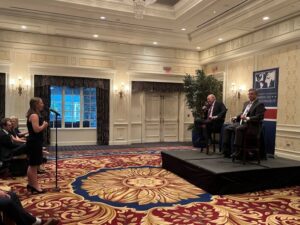 Postmaster General Louis DeJoy spoke with Professor Peter Feaver on the sweeping new postal service reform. PMG DeJoy discussed the rare bipartisan support of the Postal Service Reform Act of 2022 and how this massive financial reform will impact the future of the USPS.

On April 5, President Joe Biden signed the Postal Service Reform Act of 2022 into law. The act, which provides the agency with a financial overhaul, will allow the USPS to modernize its services and address the service delays affecting the mail service. “The post office is central to our economy,” said President Biden, adding that the bill is “setting the postal service on a more sustainable and stable financial footing.”

On Tuesday, April 12, AGS hosted Postmaster General Louis DeJoy at the Washington Duke Inn & Golf Club to discuss his efforts to modernize and streamline the US Postal Service. The event was moderated by Professor Peter Feaver and was attended by several of Mr. DeJoy’s family members, former and current colleagues, and student and faculty members of the Duke community.

Mr. DeJoy discussed topics ranging from his background in business logistics to his efforts to muster congressional support for the recently passed, bipartisan Postal Service Reform Act. Mr. DeJoy had been an active political donor throughout his adult life, and viewed the position of postmaster general as an opportunity to become more directly involved in the well-being and stewardship of the United States as well as a chance to put his extensive business experience to the test.

After being appointed by the Board of Governors of the Postal Service in June 2020 (as Mr. DeJoy explained, the postmaster general is neither directly nominated nor confirmed by the President or Senate, and is instead selected by a bipartisan, bureaucratic committee) he set out to solve the unique challenges that the Postal Service faced during a global pandemic. These included the 2020 elections, which saw unprecedented numbers of mail-in ballots, often having to be delivered under tight time constraints; an overlarge delivery fleet, detrimental for fiscal and environmental reasons; poor working conditions at certain USPS facilities and locations; and the offering of stamps and services at unsustainably low prices.

Mr. DeJoy noted that he has been strongly and frequently opposed by factions of the government, media, and especially big business that are displeased with some of his reforms, such as price raising for postage. However, with the resounding passage of the Postal Service Reform Act in Congress, Mr. DeJoy is confident that USPS will be able to continue fulfilling its core mission of delivering the mail to every American household, six days a week–no matter how bumpy the road ahead may be.