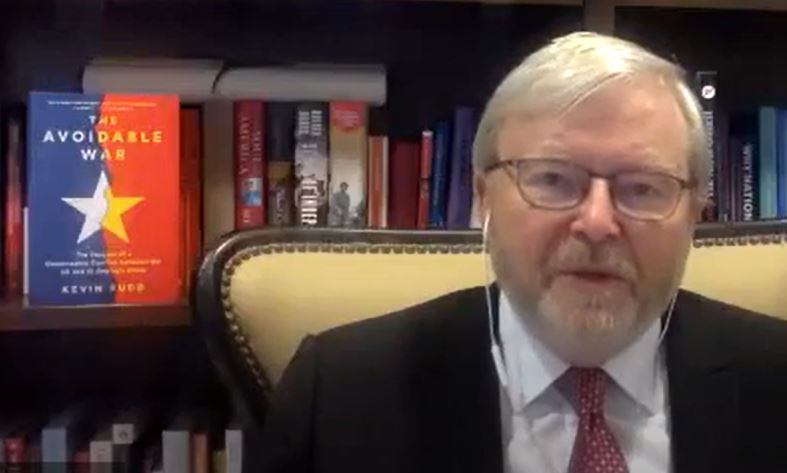 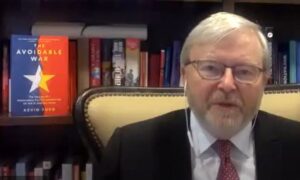 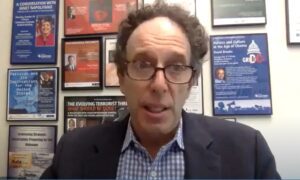 The relationship between the US and China, the world’s two superpowers, is peculiarly volatile. It rests on a seismic fault—of cultural misunderstanding, historical grievance, and ideological incompatibility. No other nations are so quick to offend and be offended. Their militaries play a dangerous game of chicken, corporations steal intellectual property, intelligence satellites peer, and AI technicians plot. The capacity for either country to cross a fatal line grows daily.

Kevin Rudd, a former Australian prime minister who has studied, lived in, and worked with China for more than forty years, is one of the very few people who can offer real insight into the mindsets of the leadership whose judgment will determine if a war will be fought. The Avoidable War demystifies the actions of both sides, explaining and translating them for the benefit of the other. Geopolitical disaster is still avoidable, but only if these two giants can find a way to coexist without betraying their core interests through what Rudd calls “managed strategic competition.” Should they fail, down that path lies the possibility of a war that could rewrite the future of both countries, and the world.

On April 6, Prime Minister Kevin Rudd joined Professor David Schanzer for a discussion of Rudd’s recent book “The Avoidable War: The Dangers of a Catastrophic Conflict between the US and Xi Jinping’s China.” Rudd was the 26th Prime Minister of Australia, a co-founder of the G20, and is the current President and CEO of the Asia Society. He received his Bachelor of Arts with honours from Australian National University and is pursuing a PhD at the University of Oxford. His current work focuses on developing relations between Asia and the West.

Rudd began by contextualizing his book within his background in the Australian Foreign Service and his interest in China, before launching into the content of “The Avoidable War.” He first described the nine tiers of interests held by President Xi Jinping, which gradually increase in scale. President Xi’s first interest is promoting Chinese nationalism, which includes reincorporating Taiwan into the People’s Republic of China. His next three interests are national: keeping himself and his party in power, keeping climate change in check, and developing the Chinese military. His subsequent interests are international: developing strong relationships with neighboring countries, preventing U.S. encroachment of China’s maritime space, increasing Chinese influence beyond Asia, expanding Chinese engagement with the developing world, and redeveloping the international rules-based system to be more compatible with Chinese institutions and values. Prime Minister Rudd noted that President Xi is different from his predecessors in that Xi is a strategic risk taker in his political strategy, whereas previous Chinese political leaders refrained from risk-taking.

Prime Minister Rudd emphasized that President Xi’s multifaceted approach is a “cocktail of structure and agency” that places China in competition with the United States militaristically, economically, technologically, and politically. Highlighting the importance of the present era, Rudd noted that China currently views itself as experiencing “the great renaissance of Chinese history.” This attitude has accompanied much of China’s recent development and policy action. Addressing China’s desire to redevelop the international rules-based system, Rudd explained that the Chinese perceive the current world order to be designed by and for the United States. The organizations comprising this order, such as the United Nations and the World Trade Organization, were built by the United States, other western powers, and Nationalist China. Rudd highlighted that current Chinese powers view Nationalist China as not belonging to them and therefore feel they had no role in designing the current world order. China wishes to be the “new anchoring power” for world order because it is pursuing an order that does not challenge its values, missions, and affairs. In this new world order, China imagines that it would be able to place the sovereignty of the state as paramount, as opposed to the sovereignty of the individual.

Audience questions first explored possible alternatives to a China-West war. Rudd suggested “managed strategic participation,” a diplomatic approach where involved actors establish “strategic redlines” that should not be crossed. He also offered the possibility of diplomatic negotiations that employ national interests to solve global problems, such as the next pandemic or global financial instability. Subsequent questions tapped into Rudd’s expertise in Chinese political philosophy. He explained the three main philosophies of Confucianism, Daoism and Legalism, and how these relate to Chinese politics. For example, the Chinese political doctrine of “all under heaven” – which proclaims the notion that Chinese leaders can maintain order within the empire and beyond the empire, so long as people accept the rule of the Emperor – is derived from these historical schools of thought.

Prime Minister Rudd shared invaluable expertise on the history of China and current tensions between China and the West, all while interspersing hope for a better tomorrow – a critical perspective in today’s age.